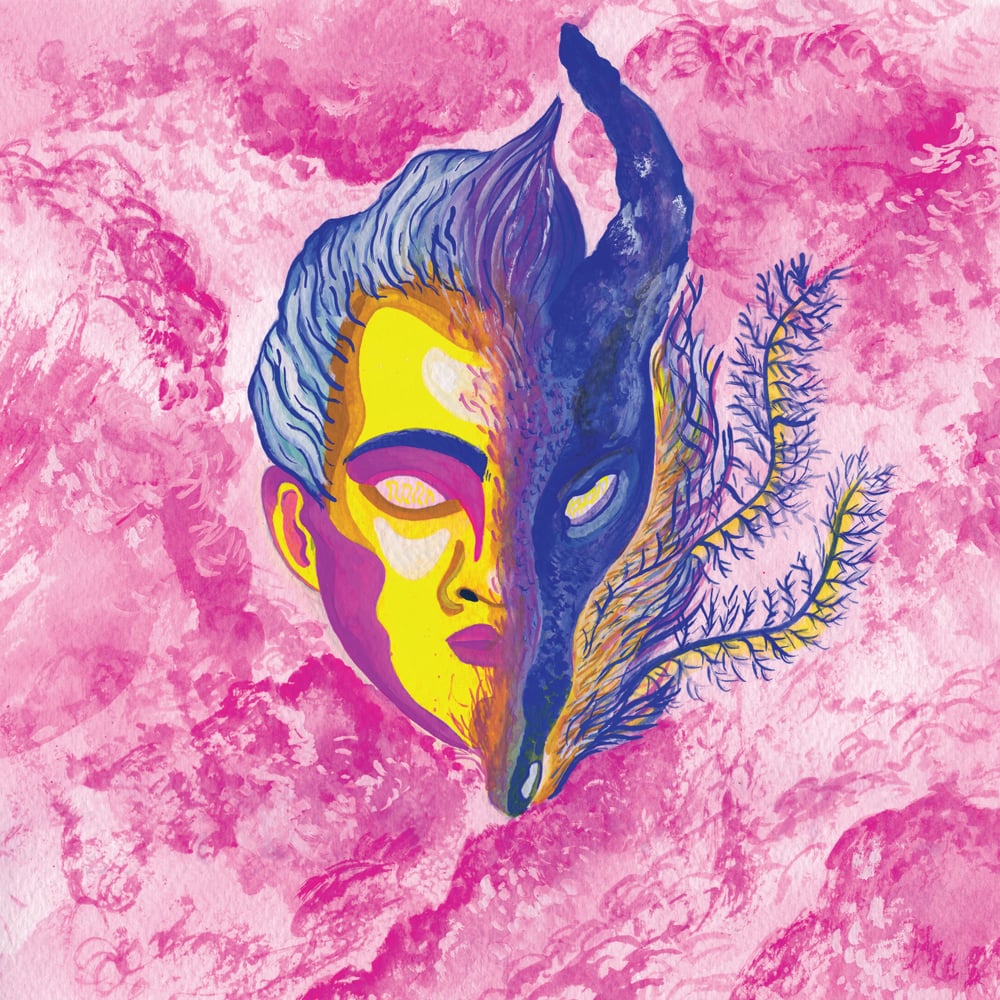 BAMBOO - The Dragon Flies Away

BAMBOO, the ongoing project from Nick Carlisle (of Peepholes, Don't Argue) and Rachel Horwood (of Trash Kit, Halo Halo) announce their second studio album, The Dragon Flies Away, due 26th May on Upset The Rhythm on LP, CD and digitally. Far from being a side-project, Bamboo is very much a fully realised pursuit, with the band working on multiple records simultaneously from their Brighton and London base camps.

Initially released last winter on a limited run of 50 cassettes with an accompanying zine designed by Horwood, The Dragon Flies Away tells a story loosely associated with the Hannya demon mask of Noh theatre plays such as Dojoji, and reflects the range of emotion the Hannya mask is capable of displaying: obsession, jealousy, sorrow and rage. ‘The Dragon Flies Away’ presents its story in two acts and is now presented newly re-mastered with a gatefold sleeve and lyric / artwork sheet. Horwood’s evocative paintings are given centre stage with the packaging, allowing the album's story to grow beyond sound, making the journey all the more immersive.

Vivid and deeply poignant, Bamboo's music locks into a magnetic attraction between Horwood's flawlessly resonant folk cadence and Carlisle's pristine synth production. ‘Hannya’ opens the album in reflective mood with Rachel’s mournful vocal and echoing banjo that gets swept up by flourishes of percussion and synth-flute vistas. ‘Always Running’ follows, living up to its name with its propulsive beat and plucked rhythm, building to a chase for Rachel’s dramatic vocal turn. ‘Like A Sparrow’ is a beautifully realised track sounding as vulnerable and vociferous as a Kate Bush song. “He’s got a path, it’s straight and narrow, there’s no flying off like a sparrow” sing Carlisle and Horwood resolutely in unison. ‘Wake Up Your Heart’ delights in pools of pitch-shifted melody and primal vision. Whilst the final two tracks on the album embrace Carlisle’s cascading synth lines as pure as ice flows, augmented gong passages and fragile yet impassioned vocalisations.

In regards to the lyrical content of the album Horwood initially based the album around the Japanese Hannya folktale, however as her research into that tale developed she came across a similar story about the scholar monk Uisang and his intended partner Myo Hwa which formed a Korean version of the story only with a transformative ending in which Myo Hwa becomes a dragon through the strength of her love for Uisang. The conclusion of ‘The Dragon Flies Away’ is similarly about realising unknown potentials and becoming more confident. However the album is also about self-reflection, turning its focus onto the two sides of a conflicted personality rather than a love story gone wrong. Overall the album feels cinematic with its ability to hold the listeners hand and lead them through another world never faltering. It is ambitious and heavy on concept without ever becoming overwrought, preserving its delicate personal tone and lush, spacious sound throughout.

During the writing and subsequent release of their debut album, Prince Pansori Priestess, on Upset The Rhythm in December 2015 (5 stars - Record Collector magazine), The Dragon Flies Away was recorded between Spring 2015 and Summer 2016. Bamboo intend to perform this album live in full, and to explore the theatrical potential suggested by the music.