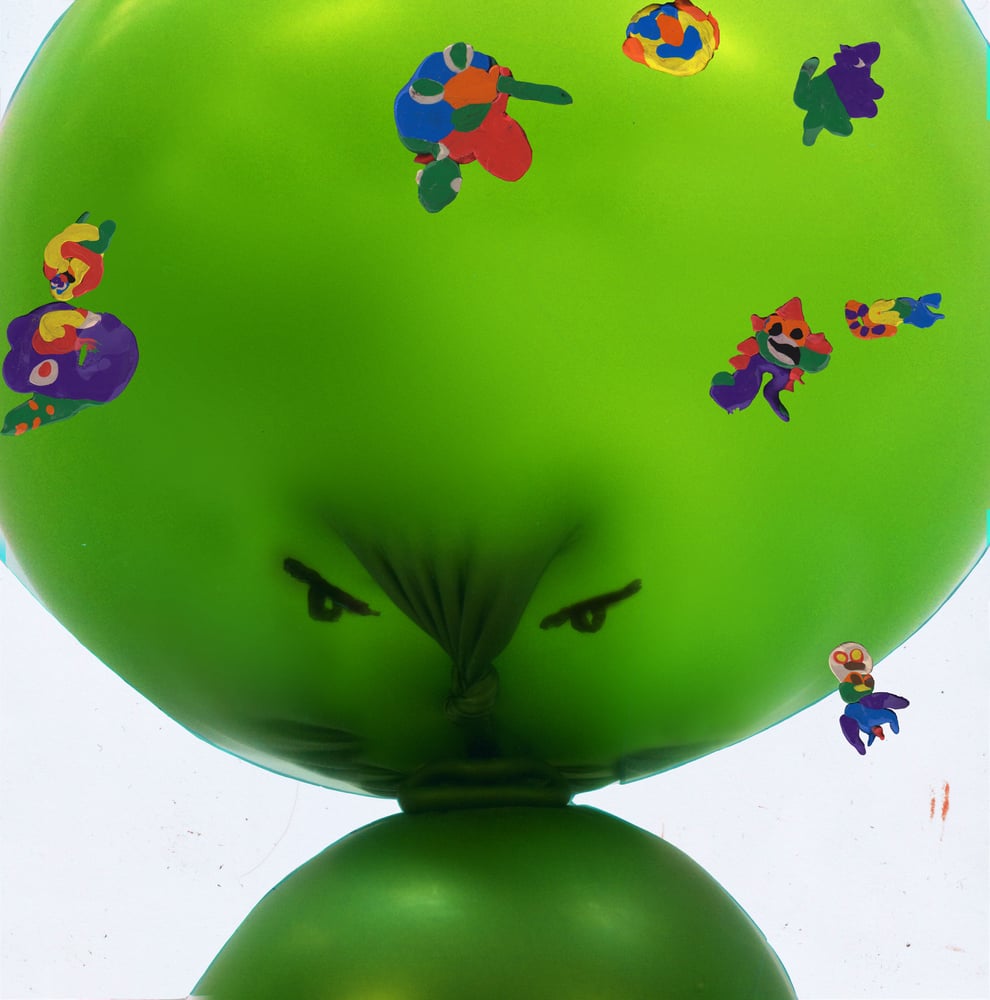 What are Dog Chocolate bothering us with now? What is it? They have a new album called ‘Moody Balloon Baby’. Musically it’s as frantic and frayed as we’ve come to expect, loose and whittled to a sharp point, but the knots are visible. Following the album Snack Fans (2016) and Or, a spilt with Ravioli me Away (2014), this time it’s all faster and there are more textures.

Textures that come to mind:
*A plastic broom that has been used to sweep up glowing embers and the bristles have melted
*A pink chalk that got stepped on
*A green beam from a laser-pen scuttling around on a pebbledash facade
*A biro shoved through a custard doughnut

The band are four people:
*Jonathan hits 2 drums and a cymbal with force and conviction
*Matthew plays his guitar through an array of confounding soundhouses
*Robert has no soundhouses but his guitar fingers are deft
*Andrew tends to a pocket menagerie of homemade percussion, keyboard and harmonica

Andrew could be said to be singer number 1, with Robert and Matthew singers 2 and 3 respectively. On this album Andrew and Robert often trade verses, like the Beastie Boys.
The band members love each other very much.

Emotionally the lyrics veer from whimsical, to angry, to silly, to sad, often in the same song.

Some of the subjects addressed include:
*Subconscious inspiration
*English nationalism
*The post-colonial discomfort surrounding museum displays
*The enigma of rocks
*Wanting to be tiny and free of responsibilities in the face of the massive world
*Environmental concern/internet guilt
*Cosmic aligned co-incidences and why to trust them

A recurring theme on the album is an investigation of the creative act itself. What does it mean to make things? Does it matter if those things are ignored or forgotten? Why be in a band at all? What are the problems with the Genius narrative? Is it ever OK to use animals in your art? In the face of a weird world getting ever weirder what role does art play, if any at all?

The Jury is out on whether Dog Chocolate is a self-help band or an ideologically foggy protest band, but in just under 25 minutes the band manage to cram in bucket-loads of ideas, mess, confusion and fun. Now all that is left to be done is to round off this press release with a perfectly pithy finishing line.