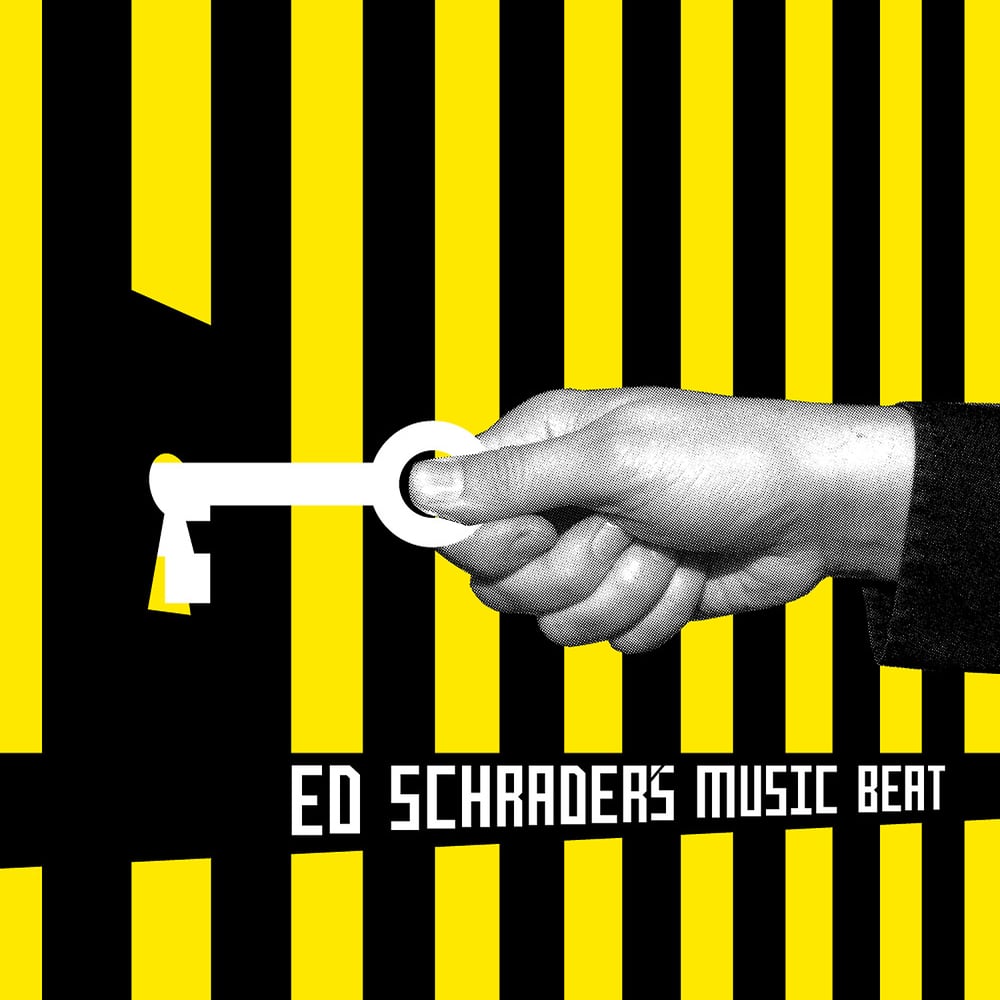 Ed Schrader's Music Beat are Ed Schrader and Devlin Rice, a minimalist punk duo from the fair city of Baltimore, Maryland. In the beginning there was only Ed: a man unhinged, channelling to the world a sacred message in the form of song. His only divining instruments: a single floor tom, one light, and a commanding baritone. “He’s a master songsmith who has reduced pop and punk to their most basic building blocks,” said Christopher Weingarten of the Village Voice. Ed was soon joined by Devlin on bass, who proved to be an acute match for encapsulating the space-time from whence they came.

Their union quickly brought about the release of their 2012 debut album ‘Jazz Mind’ through Upset The Rhythm (and Load Records in the US), which WIRE magazine said recalled “the percussion-heavy chants of Liars”, with Ed “affecting a mournful Arthur Russell tone on the a cappella songs” whilst “roaring like Rollins” on the album’s faster numbers. The album (featuring collaborations with Matmos and Randy Randall of No Age) captured their raw and jarring live show through weird, wiry rock songs with a decidedly smart sensibility. Since then, Ed Schrader's Music Beat have toured frequently in North America and Europe, notably alongside their friends Dan Deacon and Future Islands, as well as hardcore luminaries Ceremony.

‘Party Jail’ picks up where ‘Jazz Mind’ left off, adding a thoughtfully crafted, minimal pop vibe to their already terse punk sound. The follow-up features songs that are equally loud and destructive, pensive and strangely haunting. An early version of "Radio Eyes" was chosen for the "Sub Pop 1000" Record Store Day 2013 compilation. A new version of this song appears on ‘Party Jail’, as well as the upcoming single "Pantomime Jack" which, among other subjects, ponders existing in a universe that culturally charts music that began and ended with the “Live Aid” generation through its self important pontifications and documentaries. “Music begins now!” says Ed. The album also features additional drums by Jeremy Hyman of Ponytail, Dan Deacon, and Boredoms.

Party Jail drops May 19th via Upset The Rhythm (and Infinity Cat Recordings in the USA) on a limited edition vinyl pressing and CD.