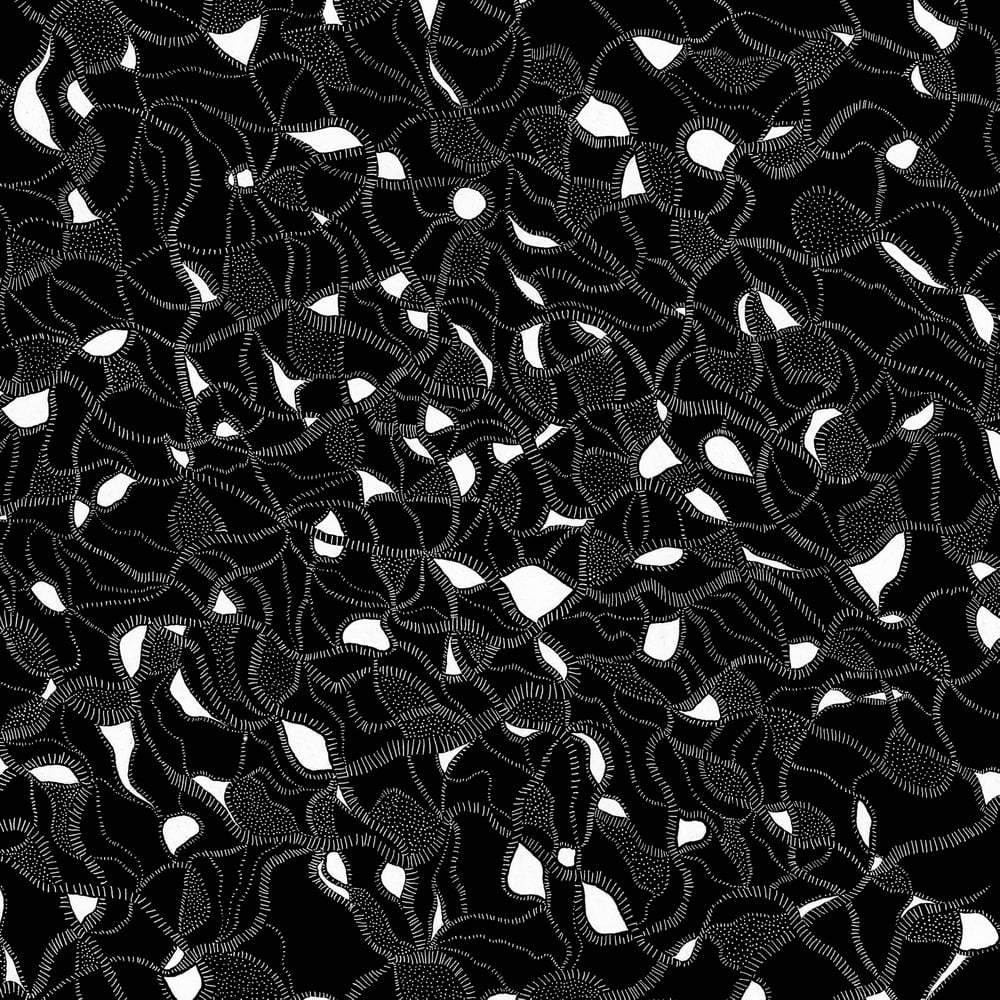 by GARY WAR and Purple Pilgrims

"Split release from two pioneering underground acts who have recently filtered their collective psyches thru the overwhelming, hyper-populated screwtopia of Hong Kong.

Side one features Gary War returning to wash down the blitzkrieg of 2012's "Jared's Lot" with four new tracks that implode outwardly, suspended from a thread that binds psychic devastation to cosmic inspiration. Furthering his endeavors to drag song structure into the future, the cuts here swirl with refracted melodies layered meticulously upon streams of arpeggiated machine rock and disembodied voices that coalesce into unlikely hooks, all permeated with the feverish emotional content that has graced all of Gary's work thus far. A deeper step into a pool of progressive maximal wave and distinctly modern psychedelia.

Side two presents Purple Pilgrims (Clementine & Valentine Nixon) a duo of sisters from Christchurch via Hong Kong, with their first release following a haunting, small press lathe cut in 2011. Gary War's engineering and production opens their sound world into a vast new realm where their songs slowly unfurl and orbit in cycles of melancholy and euphoria. Delicate, hypnotic vocals hover gently above spectral waves of guitar and exotic abstraction as subtle beds of rhythm lock step in the distance. Separately and collectively, the three tracks work to form a vacuum capable of sucking the listener into reflection upon an endless inner galaxy. The Pilgrims have here distilled the mysterious hybrid of shimmering distortion and je ne sais quoi that have long attracted global purveyors of the N.Z. underground into it's absolute purest form. As perfect a soundtrack to observe the latest night transform into the earliest morning as one could ever dream of hearing."