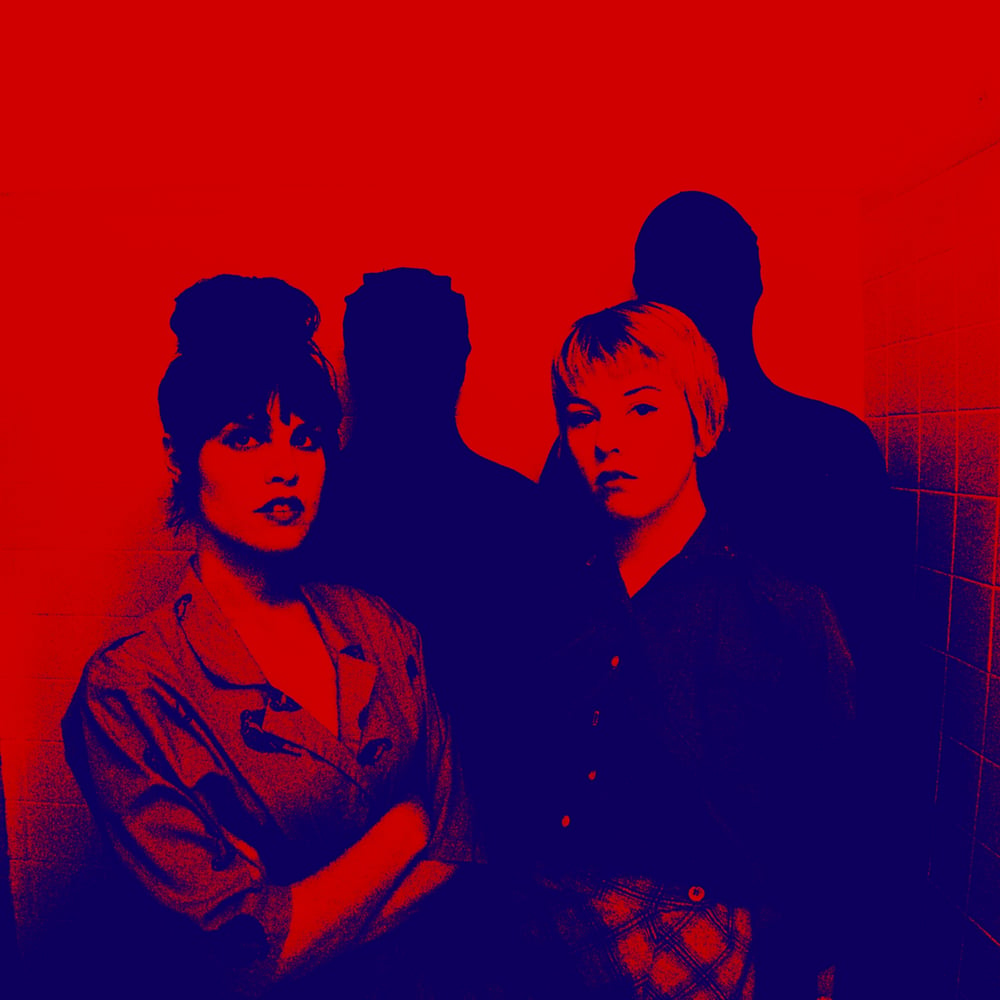 RED CHANNEL are five like-minds from Los Angeles who decided to start writing snappy, impactful songs together in early 2017. Melody (vocals, synth), Casey (vocals, synth), Bill (bass), Scott (guitar) and Marcus (drums) united through a shared post-punk sensibility and began experimenting with some angular drum and guitar give-and-take, layered with duelling synth refrains. Over this Melody and Casey worked-up their vocal harmonies through impulse, developing an interplay reminiscent of The Go Go’s at both their most serene and severe. The pairs vocals drift through each track, punctuating the profound and guiding us through each song’s uncanny terrain.

After a busy year of local shows and bouts of instinct-first songwriting, Red Channel chose a number of their most resonant songs to record with Andrew Schubert at Golden Beat. These were subsequently mixed by Eric Carlson and then mastered by John Hannon for this debut 7” EP on Upset The Rhythm entitled ‘Crazy Diamonds’. The title track launches the listener through a stratosphere of cascading notes, swoonsome lyrical turns and tack-sharp pivots in rhythmic practice. ‘Crazy Diamonds’ is an exhilarating rush of a song, both wistful and defiant. Melody explains that it is “about the forever fluctuating reality that weaves in and out of ecstasy, loneliness, yearning and destruction. It’s about women being free from a superficial beauty, it’s about the cessation of ideals and power worship.” ‘Giver’ is a similarly sprightly yet pointedly questioning track, “alone in your room, alone with your thoughts, of sleepless shadows, but what do I get?” sing Casey and Melody in spooked unison.

‘Demons’ swirls with minimalist pop moves, a trailing backing vocal and a tumbling bass motif, whilst a dream-like quality pervades the guitar and keyboard lines. Melody then peppers the song with references to extinguished lights, evil forces, bags of sugar, floods and heaven on earth, drawing us so close that we enter the vision too. ‘Slowness’, which brings this debut EP is a close, is another triumph of illusory lyrical association and punchy gesture. In fact the band sound “caught in a fragment, non-corporeal” throughout all the four tracks. Opalescent passages freewheel into splintered eruptions, there’s a duality constantly in play, “somebody dies, somebody’s born”. The songs collected here are manifestly catchy, conjured in cyclical patterns that are distorted by a desire that tends towards stream of consciousness. It’s this willingness to wake-up in the unreal and see each moment reflected in the mirror which really sets apart Red Channel’s first record.