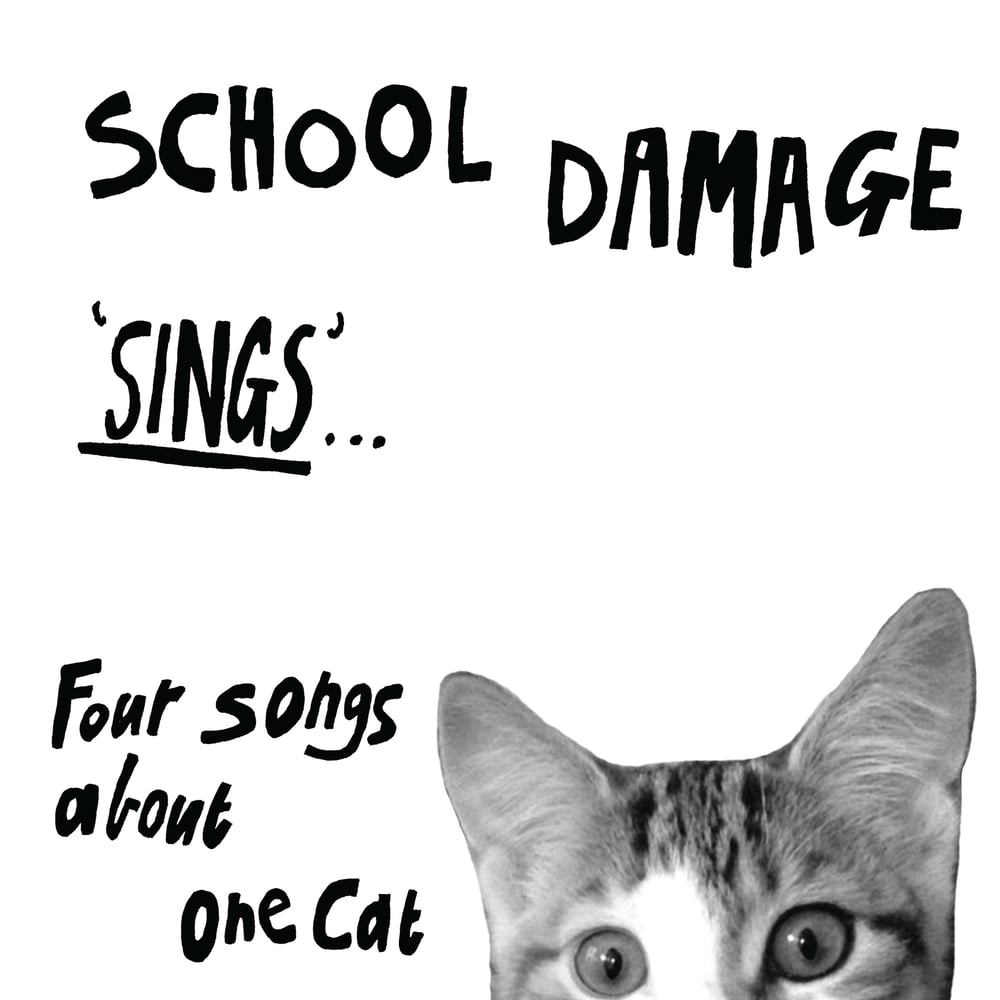 Melbourne/Geelong quartet School Damage began as a bedroom recording project for Carolyn Hawkins (Chook Race, Parsnip) and Jake Robertson (Ausmuteants, Frowning Clouds etc). They released a cassette for Moontown Records in 2013, then were joined by Jeff Raty on drums and Dani 'Damage' Hakim on bass. Taking cues from pop outfits such as The Vaselines, The Particles and Young Marble Giants, School Damage's sound is defined by wobbly keyboards, weaving bass lines, and lyrical content focused on the vagaries of modern life. Following on from last year’s excellent debut album through Chapter, School Damage return with a new EP for Upset The Rhythm titled ‘Sings… Four Songs About One Cat’. As titles go this one hits it on the head, School Damage tell the tale of a very independently-minded feline that they share their life with called Lumpy (also known as Scump). As Jake from the band explains, “Lumpy is incredibly naughty, she’s not very cuddly and she definitely plays by her own rules. The songs here are a mix about us having anxiety as pet owners - whether she’ll run away, or if we’re suffocating her by our constant need of attention… and also about how much she enriches our lives.” For a cat who spends much of her time scratching up record spines, it seems fitting that Lumpy will now grace the cover and sentiment of her very own 7”. Maybe she’s just been making room all this time for as many copies as possible of her hit record.