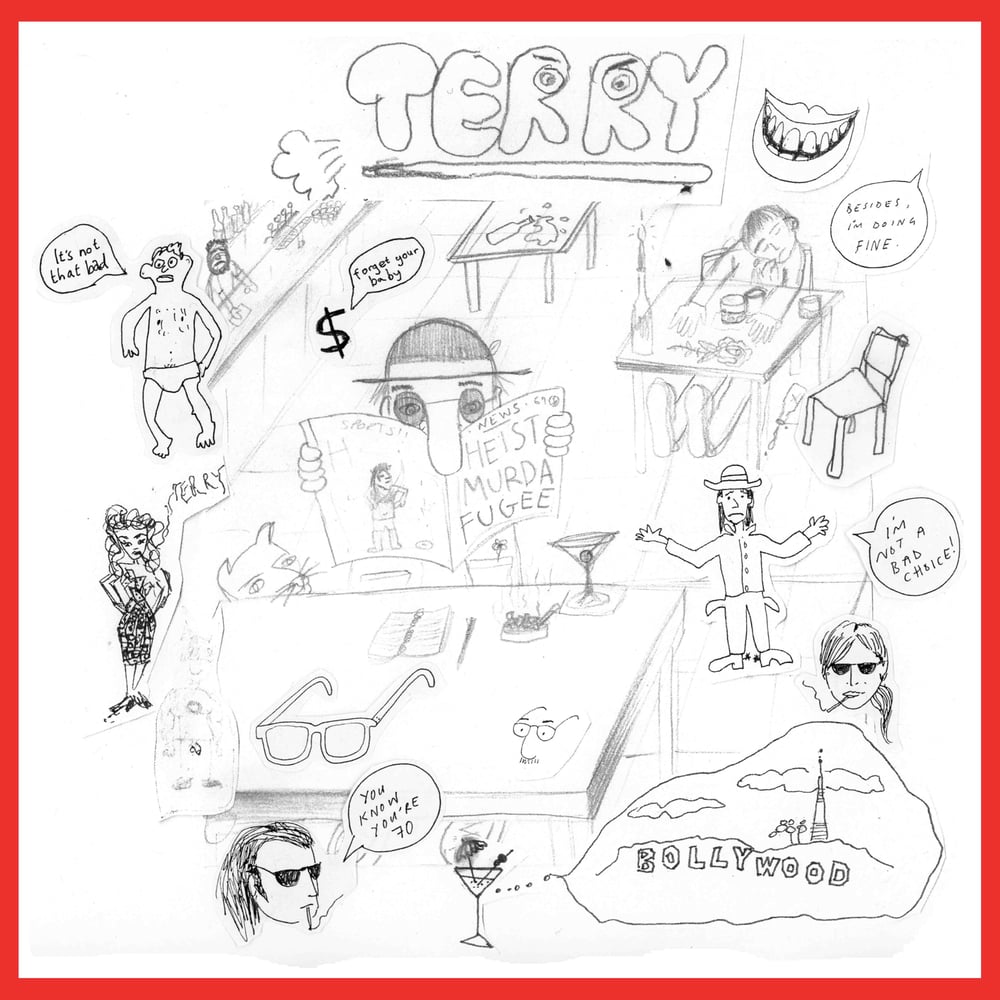 “White denim, Explorer Socks, Uber, Gore-Tex, the Internet. We live in an information age but we are lonely Terry. We can't rack up what you've got. Tell me about the singles night on the Pyrenees highway. Tell me about those bad choices, about 'The Bin' and how we dance around it. Teach me about yearning, indignation. Teach me, that I may learn for myself. I’m a lady with a fork in a world of gravy. Get me a spoon Terry. Teach me to fish.”
Steph Hughes

Terry is getting ready, combing his hair, buttoning his jacket, turning the key in the door. “I’m doing fine” sings Terry out loud, he knows. Divide him into four and you get Al Montfort (UV Race, Total Control, Dick Diver etc.), Amy Hill (Constant Mongrel, School Of Radiant Living), Xanthe Waite (Mick Harvey Band) and Zephyr Pavey (Eastlink, Total Control, Russell Street Bombings). Inevitably, Terry likes to make a noise. Drums, guitars and all his voices come into play, making a solid raft for Terry’s melancholic musings to navigate the languid rapids. This all unravels at its own pace, conducting a conversation with the commonplace. ‘Talk About Terry’ marks the band’s first venture into the recorded domain collecting together three of the greatest misshapen glam pop tunes Melbourne, Australia has to offer. Let’s sit up at the table. Let’s start the dialogue, as Terry is well on his way.