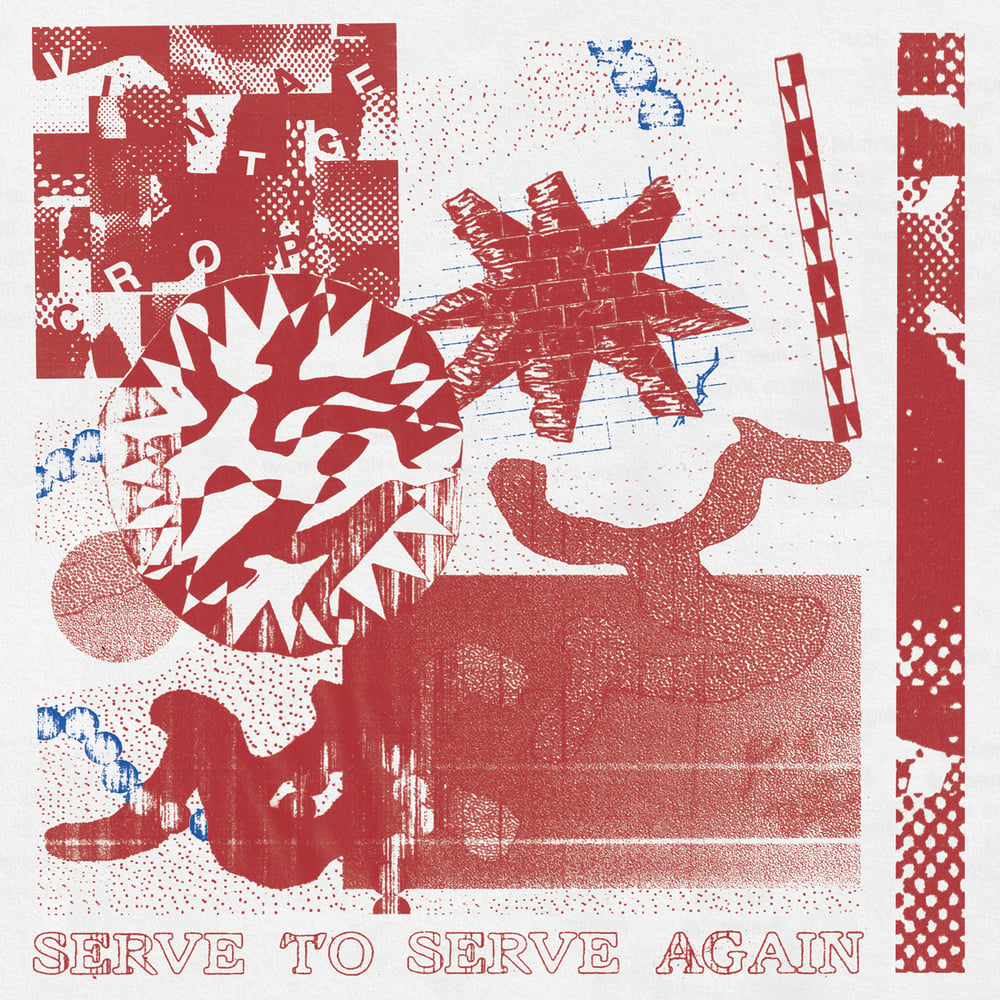 VINTAGE CROP serve to serve again. Over the last four years the Geelong group have become a burgeoning force in the Australian punk scene. Their burly, brusque yet supple songs have evolved from the garage rock of 2017’s ‘TV Organs’ album into the post-punk panic attack of last year’s ‘Company Man’ EP. Now they’ve sculpted their sound further, the barrage now offset with robust songwriting, their full-pelt bounce tempered with flailing guitar lines and sardonic commentary. Bringing to mind Wire tackling tracks from early 7”s by The Yummy Fur, it’s an inspired approach, both striking and effortlessly mirthful. Vintage Crop still dish-up plenty of commanding stomp, their lyrics remain as keen-eyed as ever, but now they’re unafraid to mess with the tempo and drive their point home.

‘Serve To Serve Again’ is Vintage Crop’s third full-length album. It was recorded by Mikey Young after a year of playing solid shows, including tours in Europe and the UK alongside Louder Than Death and URSA and some of the band’s biggest shows to date in Australia with Amyl & The Sniffers, R.M.F.C. and The Stroppies. This allowed Vintage Crop to nail the songs live before committing them to tape, pulling and pushing ideas, stretching them into new-found territories. ‘First In Line’ races off the blocks with its sawtooth riff and splintered beat, all jagged edges and ragged vocals. Quickly follow a pair of totemic bruisers in the guise of ‘The Ladder’ and ‘The North’, both brimming with a nigh anthemic quality, confident in their faculty to rouse the rabble. ‘Jack’s Casino’ is a lurching romp about gambling, ‘Streetview’ is similarly propellent, only choosing to meander and divert itself with cryptic trips around the neighbourhood: “He only moved to that side of town because the postcode is worth it’s weight in gold”.

There’s no better poised nod to frustration than ‘Gridlock’ - “the hustle and bustle of inner-city traffic is driving me nuts because the radios on static”. Guitar lines entwine and wriggle wildly free from the song’s pouncing rhythm and potent vocal, making for the most vigorous of rackets. ‘Just My Luck’ prowls with a shared thrumming verve, whilst ‘Everyday Heroes’ closes out the album with measured flair. Skewed and fervent, rangy at times yet always assured in its intent ‘Serve To Serve Again’ is long-legged leap for Vintage Crop into the delirious now. These songs strive to make sense of futility, they criticise the chain of command, question privilege and most importantly make us want more from life. Now all we have to do is turn up the volume!
‘Serve To Serve Again’ will be released by Upset The Rhythm on limited edition opaque light blue vinyl (180g repress) and CD in early March 2021. Anti Fade are releasing an Australian version too!