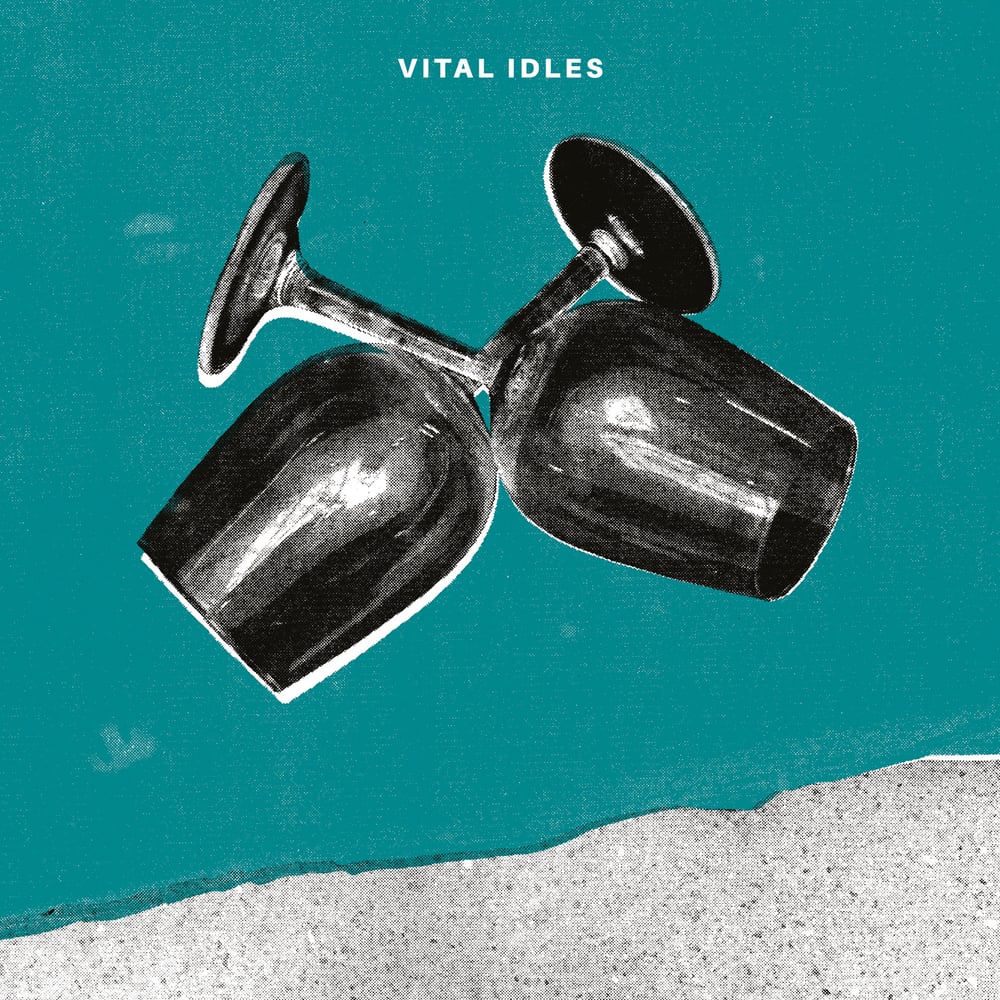 SIDE B
03. Rustle Rustle
04. Careful Extracts

If there isn't yet a tradition of following a magnificent debut album with a, shoelaces-tightened, excellent mission statement of an EP (one would be forgiven to think that the debut long player was the mission statement already, breaking in on the scene/ry with such unmissable and rarely seen sensory delight, but then upon hearing the subsequently released EP one is tempted to think: "Wow! That debut was truly astonishing but now they are REALLY on a mission!"), well, if this tradition doesn't already exist - and thinking about Young Marble Giants' scene-defining "Final Day" 7", Pylon's absolutely essential "!!" 10" and Carla Dal Forno's recent-yet-already-classic "The Garden" 12" one might argue that this tradition is undoubtedly fully existent (more so: alive and well) — then this self-titled extended play from much beloved Glasgow quartet Vital Idles would surely be a striking argument for the genesis of such a tradition.

On the other hand, when taking sides with the many seasoned critics arguing that this tradition has indeed long been established, one might confidently list this effort as a bona fide example of such practice, sharing with the aforementioned not only an astute and accomplished artistic ability but also a sense of minimalist psychedelia that transcends restrictions set by redundant referencialism and grateless genre parameters such as "Post Punk" or "Minimal Pop" (on which the same critics, of course, often disagree).

The EP reveals itself as a steady, hypotenusal rise of intensity and momentum, starting with the hallucinogenic restrain of opener "Break A", building tension throughout the gothic-noise flourishes of "Seconds" and "Rustle Rustle" and culminating in "Careful Extracts", a 2 minute burst of carefree introspection that might as well be the unintentional answer to early career highlight "My Sentiments": "just me and my/ tired ire/ a a a a a a a a a a"

In conclusion: Vital Idles' debut was truly astonishing but - wow! - now they are truly on a mission.