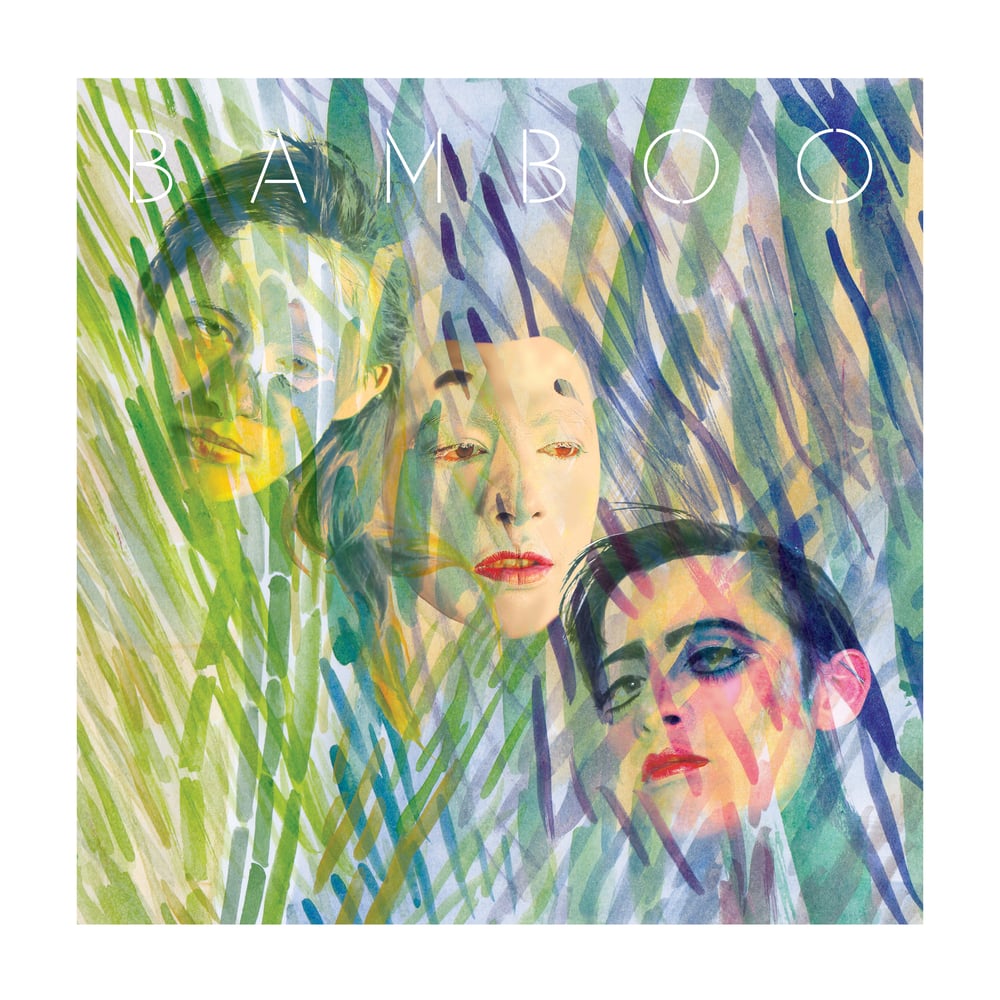 BAMBOO is a sublime new project from Nick Carlisle (of Peepholes, Don’t Argue) and Rachel Horwood (of Trash Kit, Halo Halo). Their music is vivid and deeply poignant, locking into a magnetic attraction between between Rachel’s flawlessly resonant folk cadence and Nick’s pristine synth pop production. Far from being a one off, or dare we say side-project, BAMBOO is very much a fully realised pursuit, with the band working on multiple records simultaneously from their Brighton and London base camps. ‘Prince Pansori Priestess’ is the first album to see the light from this pairing of talents. ‘Prince Pansori Priestess’ was recorded between spring 2014 to spring 2015, this was before the band expanded to a four piece for live performances, showcasing BAMBOO as a very original duo with a sound-world very much their own. The title references a Korean genre of musical storytelling alongside notions of majesty and faith that are all streams that weave their way through the record.

‘Auroch’ opens this debut album and slowly unpacks all the qualities that make BAMBOO such an incredible band. At first the pitched-banjo paces out a chiming circle allowing Rachel’s entrancing vocal to follow the line, then Nick’s pristine beats and synth clusters blossom into almost sub-aqua realms of lush swirling melody. “Made me feel like I’m the stone that drowned you in this well” sings Rachel cyclically throughout ‘Stone’, an aching song of self-reflection set amidst flourishes of reverberating keyboard that at times sound like gamelan, at others like fireworks in the daylight. There are strong parallels to be made between their desire to let a story unfold in their work and the questing nature of the music itself. Central to this sound is the meeting of the warmer tones evident in the vocals, acoustic drums and banjo with the immaculate, spatial nature of the synths and beatscapes. It feels very pure, prismatic and even mystical at moments without losing any of its human touch.

‘Hexagonal’ appears to conjure Kate Bush using a ritual of cycling waves of sound, sparks fly, crystals form and a thawing is felt within. “It’s real” Rachel affirms over and over, revolving to mesmeric effect. ‘Sangokushi Love Theme’ was written by Haruomi Hosono of Yellow Magic Orchestra, and in the hands of BAMBOO begins to shine with even brighter colours. The all-encompassing sensitivity conveyed in the track is enough to lift you into the clouds before falling as snow on a distant mountain. It’s beautiful, serene and nothing short of spellbinding. The kinetic virtuosity displayed on ‘Khene Song’ and ‘On Bohol’ are also worthy of note. There’s a robust propulsion at play, unafraid to use silence to punctuate the speeding marimbas and dense strata of analog drone.

‘Be Brothers’ is another highlight from the second half of the album. The first part of the song begins very vulnerably, “Can’t look back, can you see, something over there looks pretty good to me” admits Rachel honestly over her fragile plucked banjo motif, a sense of hope returning grows, underscored by drifts of blushing ambience. Halfway through and the percussion picks up, allowing the rippling synths to walk hand in hand with Roedelius towards the horizon. Verity Susman (of Electrelane) guests towards the end of the ‘Be Brothers’ on saxophone, helping the song reach its more resolved future. ‘Prince Pansori Priestess’ is an album born of first fruits and tastes all the sweeter for it. There’s no finding of feet, just an effortless acknowledgement that both their planets have aligned. BAMBOO hit the ground running with this debut record, sounding as unique and mercurial as the gift of song itself.