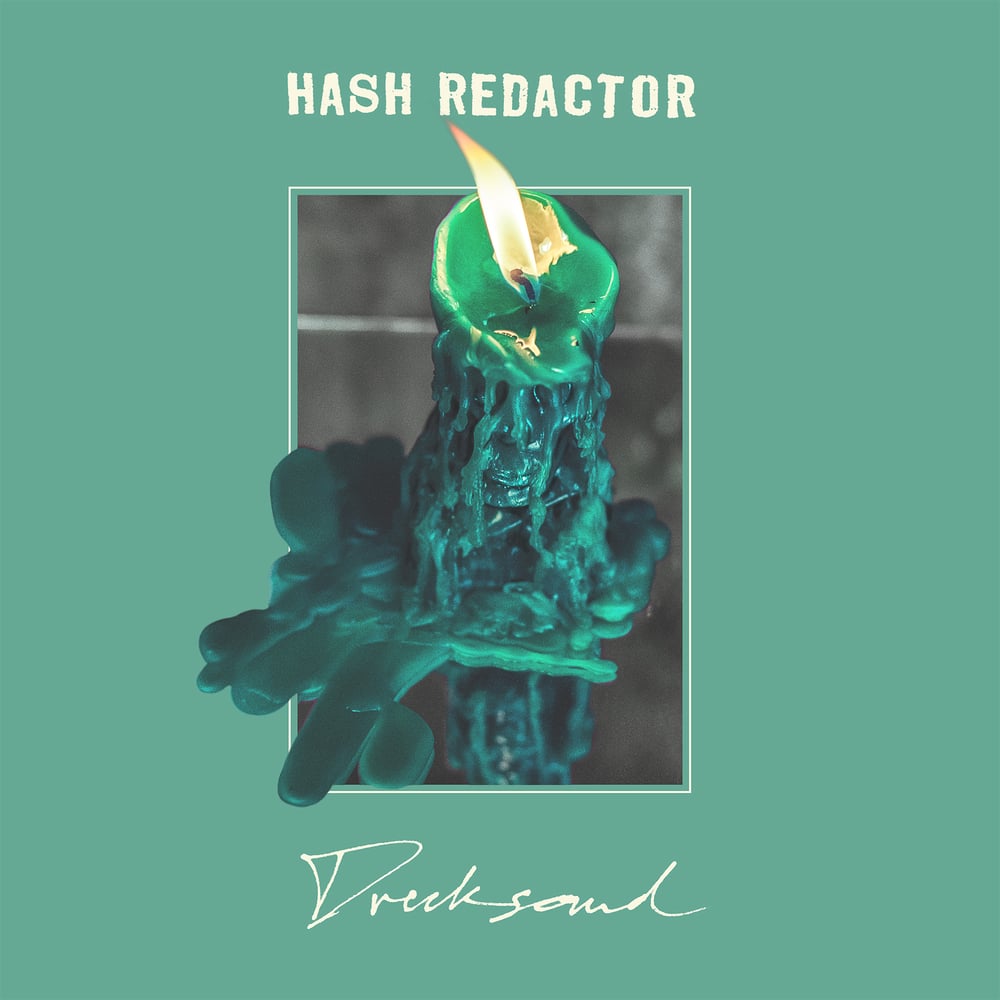 A quick glance at the résumés of Hash Redactor’s members might seed certain expectations. The band is fronted by guitarist Alec McIntyre of Ex-Cult, with NOTS rhythm warriors Meredith Lones on bass and Charlotte Watson on drums, and rounded off by George Williford on second guitar. But their debut full-length dives into territory that feels distinctly untethered from their lineage and era. Drecksound is a clattering, shambolic oasis in the sleek digital desert of the late twenty-teens.

Perhaps both because and in spite of the alienation that typifies the glut of rock music at the end of this god-damned decade, these twelve songs deliver a pointed social criticism, more cathartic than suffocating, while championing a nihilism that greets the abyss by laughing mockingly in its face. The chorus to the incendiary Step 2: Success is sneered, not sung, “It’s a long con job and you just got it wrong / banned from the world.” McIntyre’s lyrics present a puckish fascination with humankind’s rake-stepping self destruction. He’s a merry prankster, but more in the mold of a jackbooted Monty Python character than a Ken Kesey acid casualty.

McIntyre and Williford’s guitar interplay snakes in, out and around Lones’s bass lines, which alternate between slinky earworm hooks and steel cable raw power. All of this is locked in by Watson’s characteristically visceral swing. It doesn’t feel controversial to claim that Watson and Lones constitute one of the best rhythm sections in contemporary punk music.

Having played out heavy in 2018 with a refined live show, a four-song demo, and several Gonerfest appearances under their belt, HR cut Drecksound at home on a borrowed 8-track cassette machine. The deranged raw tracks were mixed into final form by Matt Qualls at Young Avenue Sound, and mastered by Jason Ward at Chicago Mastering. Hash Redactor will be touring the States in summer and with plans for Europe later in 2019. Drecksound is out April 26 on Upset the Rhythm in UK/EU and the rest of the world on Goner.