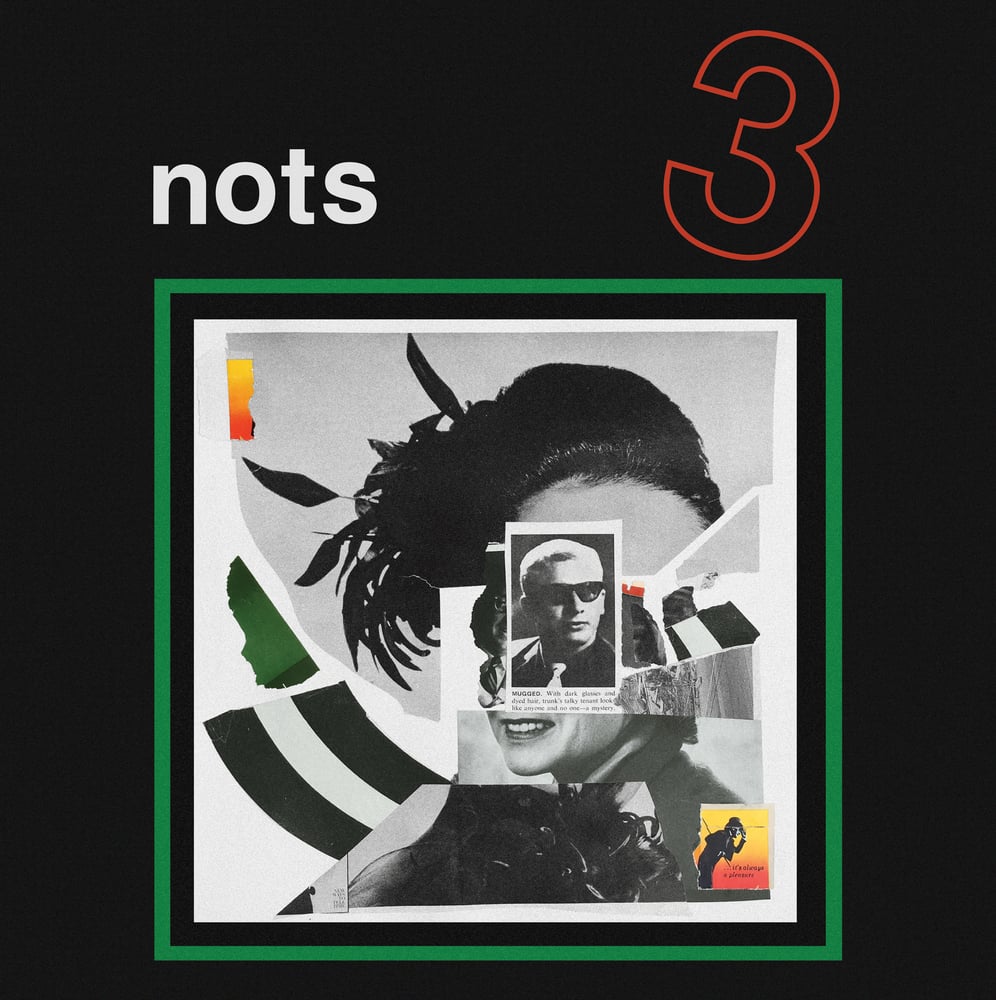 At first glance, 3 seems like a perfectly fitting title for a new NOTS album. After all, it is the Memphis band’s third full-length and their first as a trio. Makes sense. But after you begin to peel back the layers of 3—unearthing every writhing guitar squall and every piercing vocal melody—the spirit of the record comes into much clearer focus. “Once we really leaned into the space that being a three-piece afforded us, our writing started to make better sense and connect,” explains guitarist-keyboardist-vocalist Natalie Hoffmann. “It made for a more interesting record than if we stayed comfortable and safe in the way we were writing.”

“More interesting” is a classic hard undersell. When Alexandra Eastburn left NOTS in 2018, the threat of losing the gnarled texture or her hammering synth progressions resulted in some real growing pains for the band. But once the newly anointed threesome arrived at Bunker Audio in Memphis to record with trusted engineer and friend Andrew McCalla, each member had embraced NOTS fresh identity. Rather than abandon the noisy synth attack, Hoffmann instead decided to add another role to her expanding sonic arsenal, painting the backgrounds of tracks like “Floating Hand” and “Half-Painted House” with melting buzzes and swirling waves that sound menacing and ominous at one turn and hypnotic and seductive at another. After the record began to take form, it felt much more accurate to understand 3 as a different force altogether from its Goner predecessors, Cosmetic (2016) and We Are Nots (2014).

Themes of lost control and societal division are spread throughout 3. They can be heard not only via Hoffmann’s reverb-drenched drawl, but also in the sneaky tightness between drummer Charlotte Watson and bassist Meredith Lones that occasionally (and quickly) devolves into a beautiful, reckless cacophony before shoring back up again (see opener “Low” as excellent proof). Elsewhere, on cuts like “Persona” and “Rational Actor,” NOTS explore the loss of reality in performance and just how exhausting it can be to navigate the blurry line between playing an actor and playing human. It’s all pretty heady stuff, no doubt, but because NOTS tracked and recorded 3 live—as has been their way with all of their albums—they were also able to infuse it with what Hoffman describes as “an intensity and improvisational energy.”

So to what does that ultimately amount? A dark, unpredictable, raucous, liberating, and bold tour de force of a third record from the Memphis three—along with a strong impression that the best still yet to come.