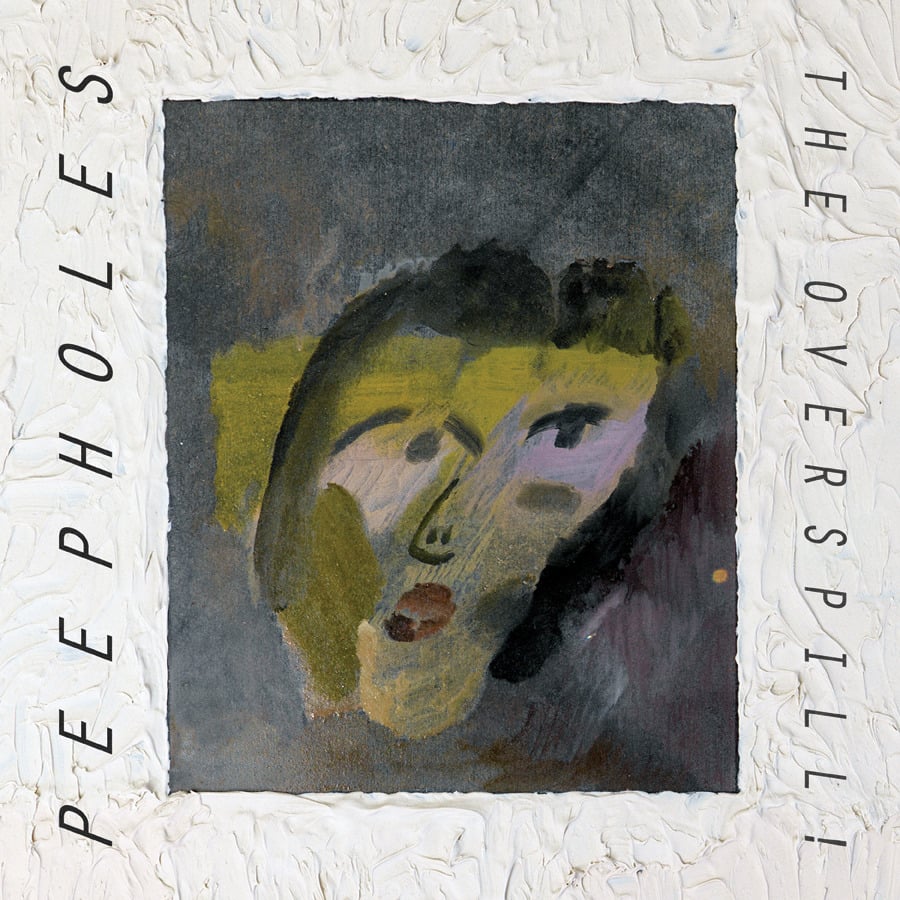 PEEPHOLES are Katia Barrett and Nick Carlisle; a synth/drums duo defining their unique sound with both discipline and disorder. Barrett and Carlisle originally from Bahrain and Northern Ireland respectively met in Brighton in 2006 after bonding over a Chinese violin and the quietest of music. They quickly turned the volume up and hit on their winning strategy of soaring, stammering synth lines, primal drumming and low-slung vocals. Treading a tightrope between underground punk and dance music, Peepholes write cloaked anthems as likely to open celestial gates with keys of repetition as to soundtrack a Dark Age future. Their music is otherworldly, aching with wild beats, echoing with cavernous atmospheres.

After a series of well-received mini-albums, EPs and some earth-shaking live performances, Peepholes have finally finished their debut album proper for Upset The Rhythm entitled “The Overspill”. “The Overspill” continues on from last record “Caligula” with its rejection of traditional song form, allowing each track to follow it’s own fluid course, to hunt down its essential cadence. The initial material for the album was improvised and recorded over two days earlier this year at London DIY hub Power Lunches. This was then followed by a lengthy six month edit whereby additional vocals, synth and percussion were introduced or reworked, pulling the album into a coherent and impressive whole.

With “The Overspill”, Peepholes have realised a long ambition of theirs; trusting many first take vocals, following hunches, concentrating on the flow. You can hear that on opener ‘Ah Ah Ah’ with its insistent motorik feel and pleading vocal of masked sounds. Carlisle’s synth stalks Barrett’s blurred voice into a formless coda of tumbling toms whilst some nihilistic Fairlight pipes join the pursuit, only to resurface later on Fourth World melodic rush ‘Keychain’.

“The Overspill” is less noisy than its predecessor “Caligula”, finding Peepholes replace their Monotron blitzkrieg of old with an indistinct language of wordlessness and unsettling melodics. Although there are moments of light as with tender treatment given to ‘Lion’, this album feels dark, not so much in an over-prescribed depressive way, more along the lines of gleefully destructive, heavy with a celebratory, upbeat focus. ‘Pinnacles’ rolls out in confident fashion, slowly but surely drawing us into a stark landscape of devolving rhythms. ‘We Don’t Like Anyone’ is resolutely an anthem of displacement augmented by steel drums, handclaps and jubilant snare thunders. It’s this unexpected embrace of the pop hook that informs title track ‘The Overspill’ too, letting the whooped vocals and queasy keyboard lines play over the disconcerting back-drones, allowing a greater punch to be packed.

‘Conversation’ perhaps best encapsulates this idea of matching up the melodic with the everyday malaise and relentlessness. This short song of swaggering, burnished synth tones, faded claps and echoed ambience is joyously confined by Barrett’s almost mantra-like commitment to the song’s only lyric ‘hustler, gaylord, his law, conversation”. Reaching a repeated perfection, ‘Conversation’ salutes the disconnect, urges at the leap of faith. It’s fitting that final track ‘Living In Qatar’ exceeds in leaking out from the edges of the “we go out every night, we try out every car” pop realm into a vast somber void of tracing synthesizers, exclamations and hallucinations. The last ten minutes of the song forego gods, deny the human and escape storytelling and this is what Peepholes have done with this album.

The cover artwork for “The Overspill” is by Barrett’s friend Ksenia Pedan and depicts a blurred face coming out of the darkness, what better image could there be for this album? With “The Overspill”, Peepholes have not only escaped the story, they’ve escaped the narrator, leaving something beautiful yet profoundly ambiguous in its absence. Now it’s up to us to decide whether we should trust our own instincts.