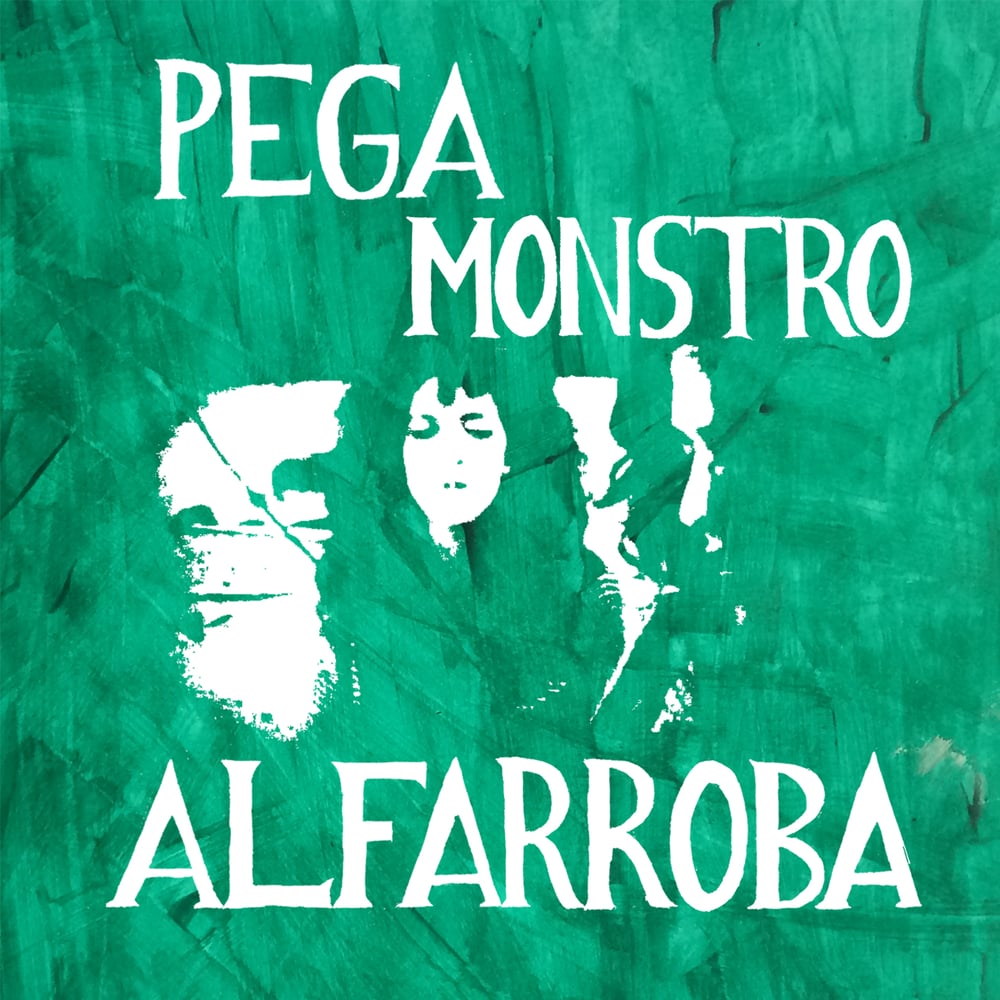 Pega Monstro are sisters Júlia Reis (drums) and Maria Reis (guitar, keyboard), both sing! The duo’s name translates as ‘catch the monster’, perfectly countering the band’s striving dream-punk sound. The name ‘Pega Monstro’ also references a novelty toy in the shape of a jelly hand on a string, which children have been throwing at each other in delight for many generations in their native country. Born and raised in Lisbon, Portugal, Maria and Júlia have been playing music together since they were 15 and 17 respectively, in other groups first before resolving on becoming a duo. Back in 2010, both sisters started a record label, along with some of their musician friends, called Cafetra Records to document Portugal’s garage punk scene. Cafetra represents a community of like-minded musicians who all help each other, making music that they’d want to hear, powered by enthusiasm. Pega Monstro were among the first bands on the label, releasing their ‘O Juno-60 Nunca Teve Fita’ EP the same year to a burgeoning audience of devotees, who’d turn up in growing numbers to each show and sing back the lyrics. Maria puts the band’s instant attention down to being different, “we were girls, we were young and we could rock, people weren’t used to that at all”. 2012 saw Pega Monstro release their self-titled debut album, which was produced by B Fachada, an extremely well known Portuguese singer songwriter. The band and producer hit it off like wildfire and recorded an impressive, raucous debut record that met with critical national acclaim.

Now Pega Monstro have a new album ready for Upset The Rhythm, whom they hope will bring their music to audiences outside of their homeland too. ‘Alfarroba’ is the name of this second album, it’s title meaning ‘carob’, after the sweet tasting bean that grows in the wild trees that spontaneously spring up along the Mediterranean coast. Maria explains further, “In Portugal there are a lot of carob trees in the Algarve and our mother's side of the family is from there, we spent every summer there as children. The scent is unlike any other. So apart from the phonetic appeal of the word, ‘Alfarroba’ is also a homage to that heritage”. The songs on ‘Alfarroba’ deal with many themes, some universal topics like love and growing up, others focusing on the nature of writing songs themselves, whilst some try to make sense of the world from a female perspective.

‘Braço de Ferro’ kick starts the album with torrents of energy, translating as ‘arm wrestling’ the song’s title is apt for a track so full of back-and-forth, ‘no prisoners’ phrasing. Júlia and Maria excel at bouncing ideas off each other, snare rolls trigger flights of guitar, fogs of cymbal form steps for the vocal to climb. “My only problem is that near you I feel so weak” they sing over and over again, there’s an honesty present that goes deep. The lyrics have a very conversational feel to them, Pega Monstro sing as they would speak, directly into your head, avoiding poetics. ‘Estrada’ for instance fortifies itself with a cement-solid riff, allowing the vocals to float and drift across the occasional lilting melodic refrain. The inevitable satisfaction that comes with repetition is shown off to full effect here, with the immense rhythm resuming when the time comes for the song’s mesmeric downpour to dissipate. “I’m going out on the road to see who I am” they sing in unison, breathing myth into their everyday anxieties. ‘Branca’ is a song with a propulsion so compelling that it’s hard not to just start spinning around with your arms trailing out like helicopter blades. The vocals drive against the drums, the drums push up against the guitar, it all feels gloriously lightheaded and overridingly positive in attitude.

Songs like ‘Fado D'Água Fria’ and ‘És Tudo O Que Eu Queria’ also showcase the Pega Monstro’s more reflective mood too, with both songs pausing for the clouds to pass, delivering some well-anticipated melancholic moments to offset the album’s otherwise dizzying ascent. ‘Alfarroba’ was produced and mixed by Leonardo Bindilatti, a good friend of the band and Cafetra Records. Bindilatti has worked on many releases from the close-knit group of bands from Lisbon, including his own Putas Bêbadas, this familiarity comes through on the recording too. Nothing feels rushed, there’s a leisure afforded in getting everything sounding just right. Pega Monstro make rapturous music, it’s brisk, it’s contagious, it laughs at the language barrier and just keeps running headlong into more and more new ideas. ‘Alfarroba’ is not an exhaustive listen given that though, it’s more like an antidote than an endless anecdote, as restless, impulsive and smart as the band that made it. ‘Alfarroba’ by Pega Monstro will be released on July 6th through Upset The Rhythm worldwide, whilst the band themselves have European tour plans throughout the summer.