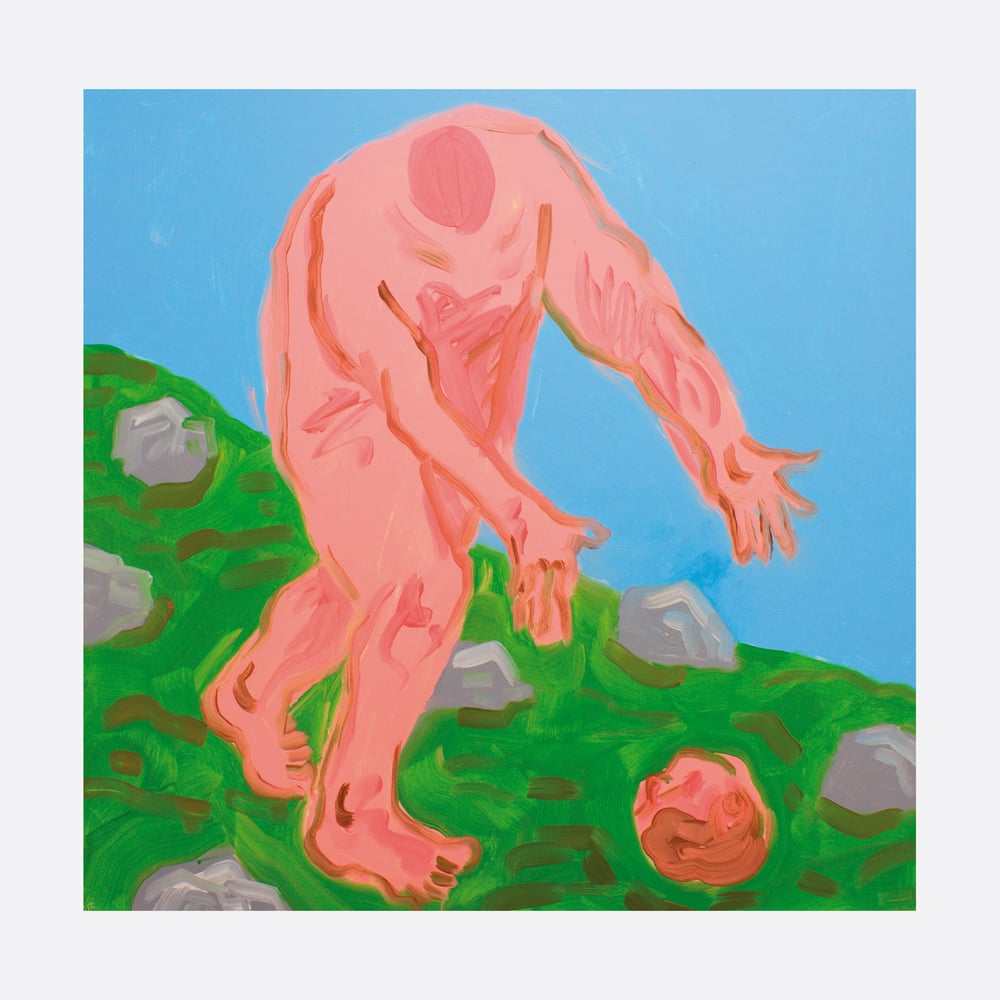 Robert Sotelo is the nom de plume of Andrew Doig, a 36 year old serial musician originally from Peterborough, UK. Andrew’s middle name is Robert, whilst Sotelo is his mother’s maiden name. Using this alter ego he’s been able to write and record the twelve songs that make up his debut solo record ‘Cusp’ (released on September 1st though Upset The Rhythm). Sotelo plays every instrument on the album and recorded and edited it with long term friend John Hannon throughout 2016 at No Studios in Rayleigh, Essex.

Sotelo’s verdant world of sound is at once intimate, choosing to build songs up from ambitious layers of instrumentation into miniature psych pop overtures of genuine sincerity of feeling. Very much grounded in that particular forward-facing strain of mid-60s rock that edged towards Sgt Pepper, Sotelo’s music owes as much to Davies and McCartney’s unashamed belief in melody as it does to the uncertainty and confusion that comes with mid-thirties existentialism. ‘Cusp’ is an album that explores the individual in a post-social life era, with Sotelo starting the project initially as an attempt to re-engage with the people he used to know, without relying on nostalgia as a common bond. From this worthy spark of a plan, he’s created something grand and compelling, a vast tapestry of songs that stand up and sound afresh. ‘Bring Back The Love’ is a dream-swept ballad of expansive vocal refrains and pools of spidery guitar contemplation. ‘Marinade’ is a song about having no money wrapped up in a hypnotic cycle of chiming bittersweet guitars and gentle keyboard blushes. “Cut the bread, prepare the jam, spread the table, make it grand, your only ever task at hand, take from this fair land” sings Sotelo with delicate precision. ‘Bronte Paths’ is another homespun wonder-pop moment, its insistent rhythm and vocal line embedding into your very core, sounding more like a rediscovered gem than a contemporary song.

Many of the tracks on ‘Cusp’ deal with matters of imbalance in Sotelo’s life, like when his North London flat fell into disrepair before being swallowed up by property developers (‘Tenancy Is Up’). It’s an album about losing touch with yourself as well as your old social circle, influenced in part by his regular trips to Stevenage helping out with support work. In fact ‘Alan Keay Is Fit For Work’ is directly drawn from his experiences of a man he represented amid the recent benefits debacle. ‘Version’ is a sublimely panoramic number about spending too much time trying to write songs on your own and how that affects your relationships with others. ‘Dr Parsley’ is a multifaceted song of hope rooted in an unsure present, it’s subtle use of percussion and sumptuous vocal helping to guide all who get lost in the song back to themselves. As an album ’Cusp’ hints at a dislocated happiness now restored, perhaps the title track looks at this most vividly by evoking a feeling of impending newness and optimism. The album closes suitably with ‘Brother You’re Complicated’ a piano-driven high note from the record, lush with choirs of voices and brushed drum flourishes. “Oh my friend, don’t reprise, never-ending, multiply” sings Sotelo, never sounding so sure that the clouds will part and reveal the sun once more.

Recently, Sotelo has put together a live band to interpret these songs in a different context from their lone construction. You get the impression that the initial objective of the project has now come to fruition. The cover of ‘Cusp’ was painted by artist Daniel Sean Kelly and depicts a man chasing after his fallen head through a field of rocks. It’s an image as striking as it perfect for this album as ‘Cusp’ is about loss, recovery and delight in starting anew, finding out the future isn’t just a continuation. ‘Cusp’ will be released on 180g transparent vinyl, housed in reverse-board sleeve, it will also be made available digitally.