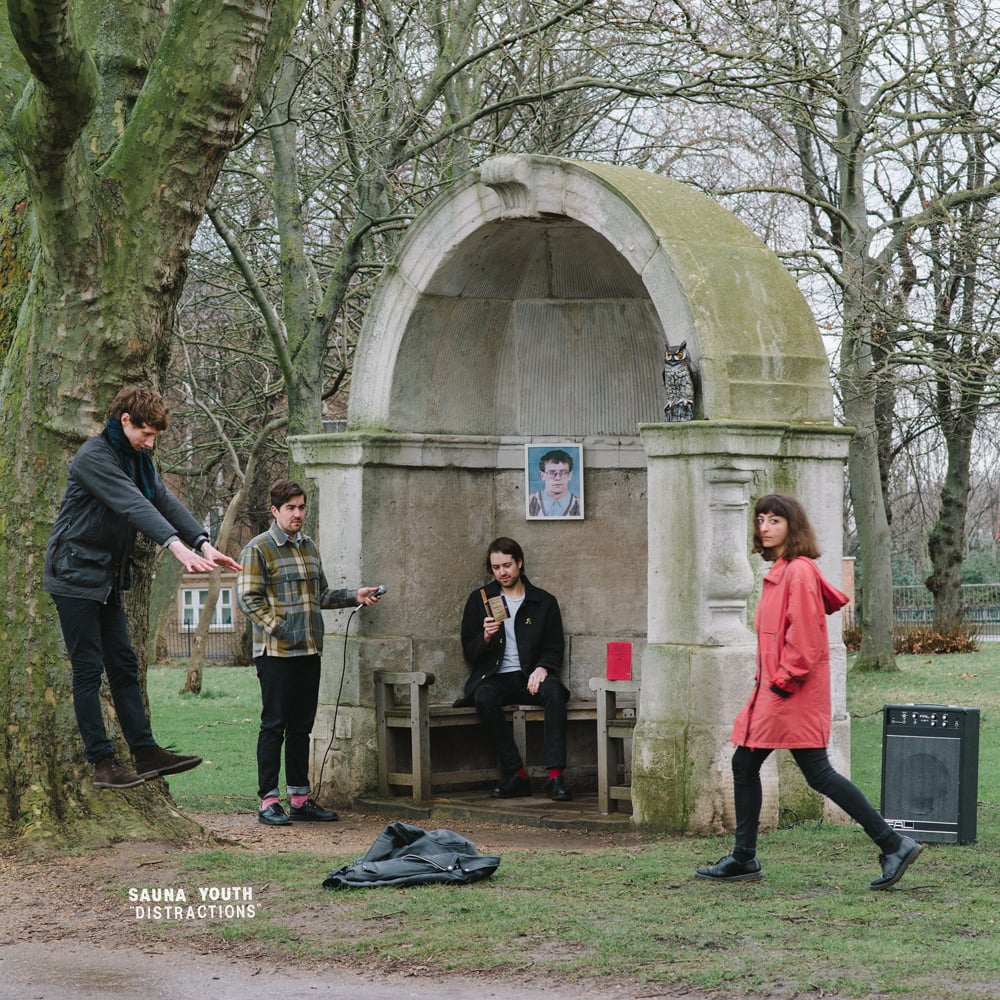 Sauna Youth return with their long-awaited second LP Distractions, out on Upset The Rhythm on June 8th.

An evolving band of future humans making truly irregular punk not quite comparable to anything else. 'Weird' is a meaningless platitude, and 'art punk' is a classifier that shouldn't be required.

Having started out in 2009 in Brighton, Sauna Youth ended up moving to London and changing line up to its current constellation in 2011. Attracted to the possibilities apparent within a DIY philosophy, the band self-recorded and self-released their own music until the release of their first LP Dreamlands on Faux Discx/Gringo Records in 2012, creating a number of seven inches, splits and cassettes.

Comprised of Richard Phoenix (drums, vocals), Lindsay Corstorphine (guitar), Jen Calleja (vocals, sampler) and Christopher Murphy (bass), the band has naturally developed its sound in the three years since Dreamlands and is now in its ultimate form.

All four members are also the band Monotony, which they formed while writing Distractions in 2014. Later in the year, they did two sessions over two days as both bands for Marc Riley on BBC 6 Music, and both Sauna Youth and Monotony were invited to play DRILL Festival by Wire. As well as playing in Monotony, members of Sauna Youth are also in the bands Tense Men, Primitive Parts, Feature and Cold Pumas.

They’ve previously played with Pissed Jeans, Thee Oh Sees, Ceremony, Ty Segall and Protomartyr and have played at both Liverpool and Oslo Psych Fests. They have plans for a European and US tour later in the year.

Upset the Rhythm will be releasing a split 7” in the run up to the LP release between Sauna Youth and Monotony.