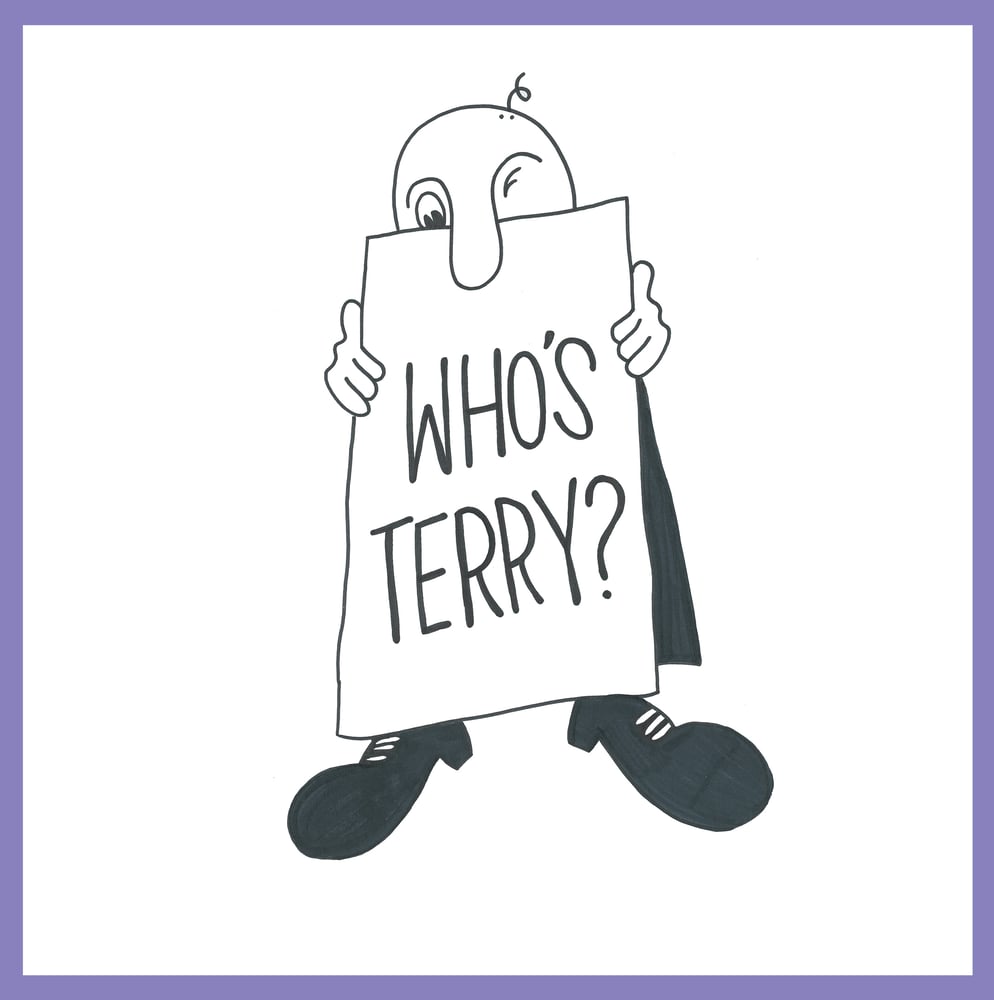 “What to do with a spud like you?” Melbourne post-punk wags Terry return this summer with their new EP ‘Who’s Terry?’. You can just make him out in his hobnail boots, peering from behind the sandwich board, wink, wink. Following on from last year’s huge-sounding ‘I’m Terry’ album, this third EP from the band brings you right up to date with their wobbly politico-pop.

‘Spud’ is a class A toe-tapper that sees the band don fatigues and set their sights on the enemy. The rough and the tough, wrestled wrists and fools with crooked smiles all make an appearance as Terry sing as one over snare snaps and keyboard croaks. ‘Bizzo and Tophat’ follows with a stride across the underbelly, a thick slice of bop-heavy observation that gives way to one of Terry’s most elegiac refrains… “holding on and going forth”! Their gang vocal approach never sounding more resolute. ’Eggs’ then picks up the pace, a sure-footed romp that skips alongside prods of saxophone to join the parade.

‘Drawn for Days’ pulls the EP to a close, a sedate, melodic ponderance of strummy guitar, jangling bells and Amy and Xanthe’s soft-sung vocals. “Haunted by the big and small, hunted hanging for the fancy fall”. “I can’t stand up” the band decry in unison as the track scales its peak and gives way to warping synth noise. ‘Who’s Terry’ encapsulates what Terry does best, the queasy marriage of the upbeat and traumatic, the catchy instant and the nagging distance. Their alliterative lyrics always sharp as tacks, their sense of melody and beat sunk deep in the heart of now.