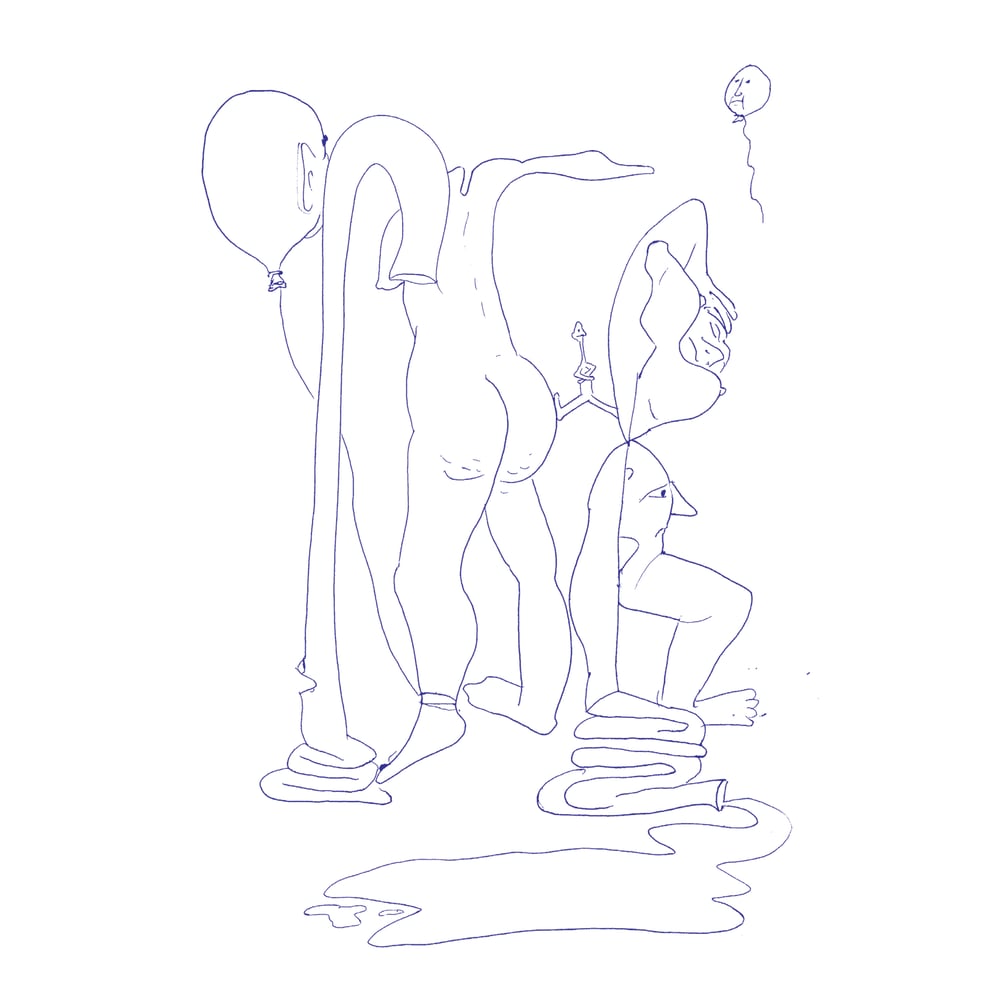 THE GREEN CHILD - The Green Child

by The Green Child

The Green Child is the long distance musical collaboration of Mikey Young and Raven Mahon, who met in 2013 when their bands, Total Control and Grass Widow played a show in Oakland, California. They started writing songs together in Australia in 2014 and the project has been on a slow burn since. Their self-titled debut album is the culmination of few years of putting ideas together internationally and periodically recording in Mikey's home studio. Some of the lyrical content and the band's name was inspired by Herbert Read's 1935 utopian, communist, sci-fi novel called The Green Child.

With such a choice name, it’s no surprise that The Green Child draw their sound from an illusory past as much as they stalk into pastures new. Broadly retro-futuristic in scope, verdant acres of lushly evocative synthesizers and blippy drum machines underpin most of their upbeat yet decidedly uncanny songs. Raven’s calmly scenic and measured vocal flits like a will-o’-the-wisp throughout the tracks, proffering a guiding hand as she walks us through the often eerie, electronic concoctions.

‘Traveler’ opens the album all redolent, beat-minded and labyrinthine. Twisting melody lines swirl and envelop like a sandstorm, whilst Raven coolly projects on a “solitary man” lost to “green oblivion”. Similarly, ‘Her Majesty II’ glistens with its playful yet plaintive vocal and iridescent arpeggios, whilst ‘Bertha’ slows things down with tumbling chimes and stately use of space.

The Green Child are adept at atmosphere, their songs are refined from gently unfolding ideas that never fail to realise and build to their potential. Tracks like ‘Walking Distance’ (featuring Al Montfort on saxophone) and ‘New Years Eve’ are exercises in evolved composition with ideas budding off and blossoming into truly resonant dimensions. The band’s cover of ‘Marie Elene’ (by Keith Pearson) and closing track ‘Destroyer’ are further crowning achievements, both pieces subtly handled with poise and ample melancholic grandeur. The Green Child fix their sights on the heights they want to reach within their songs and much like the project itself don’t want to rush to the finish line. When it becomes more about the unfurling journey, why not take the time to enjoy the trip and burn slower?

‘The Green Child’ is due for release on January 12th through Upset The Rhythm on 180g black vinyl, white vinyl is the repress, accompanied by some spirited sleeve design by James Vinciguerra.