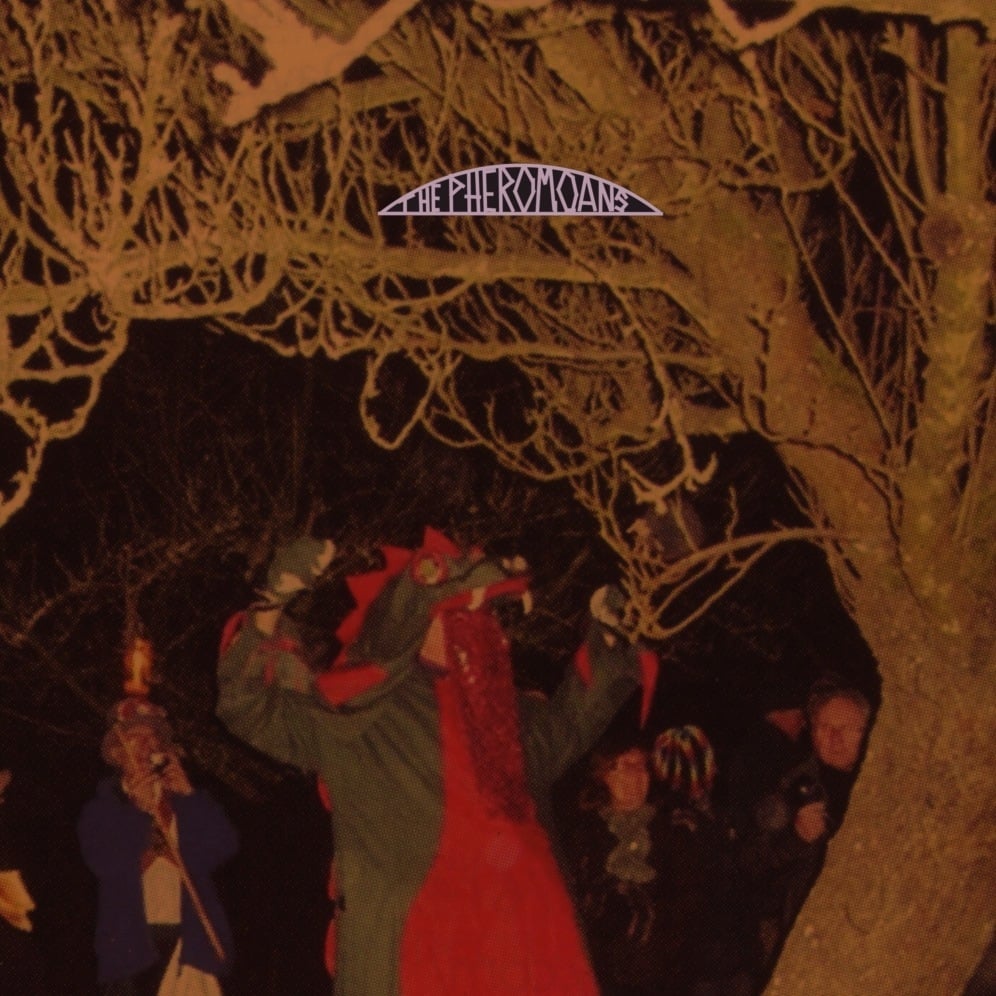 THE PHEROMOANS - Does This Guy Stack Up?

Artist: The Pheromoans
Title: Does This Guy Stack Up?
Catalogue Number: UTR054

THE PHEROMOANS are a six piece experimental rock band from the South East of England who deal in a deadpan DIY music. Wedded to the mundane, surreal reportage of our lives as reflected in the media, their music manages to address the truly restless boredom of everyday life. These are songs for the back of the queue, songs from underneath the ergonomic desk, a glimpse through the commuter window, blasted through with brilliant suburban sunshine.

Over the last three years the band have released a slew of releases, including numerous EPs, 7”s and three albums through labels as diverse as Night People, Convulsive, Sweet Rot, Monofonus Press and their own imprint Savoury Days. These releases largely focussed on a ramshackle, wayward rock ethic, underpinned by lyricist Russell Walker’s dry, observational musings that tread an almost diary-like pathway through the songs.

New album, ‘Does This Guy Stack Up?’ witnesses a slight departure from their sound of old. With the recent addition of keyboard/violin player Dan Bolger to the band, their songs have leaned into a more pop-balanced realm, with the band’s experimental tape collage approach sounding more natural than ever. The bass (Christian Butler aka The Octogram), drums (James Hines) and guitars (James Tranmer, Alex Garran) together forging a coherent foundation for Walker’s voice to ramble amongst the radiant synth and electronic flourishes. ‘Old Lord Fauntleroy’ is a joyous barrage of roaming bass, primal beats and droning keyboard, whilst ‘Waterworld’ propels itself through drifts of violin fog.

Central to the appeal of The Pheromoans are Russell Walker’s insightful, often wonderfully humorous, self-deprecating lyrics that paint a picture of all of us as outsiders. ‘Don’t Mention It’ for instance is the only song we know that references both Royal Ascot and Puppetry Of The Penis. Finding much material in the slow and steady decline of the 21st century and its vain pursuits, Walker isn’t afraid to rattle the cage of populist politics, and other comfortable ways of thinking, sighting Mariella Frostrup as well as Richard Littlejohn in the crosshairs.

However, it’s often when he turns his critical eye on himself, that Walker becomes most profound. “I’ve been the victim of subtle putdowns” admits Walker on the barnstorming ‘I’m A You-Know-What’. “Scared of being late for work, I have to face the men-folk, I regret all decisions” he voices on ‘Grab A Chair’, a message further accentuated by the song’s prowling bassline, incessant beat and ascending stomp. These are bleak times, fixated by obnoxious forces, a time of “total confusion, total breakdown”, framed by the whipping rhythms and paranoid electronics of ‘баланс’ (Russian for ‘Balance’ FYI). ‘I want a puppy, a loft extension and a threesome, and silver shoes and preferably a Mercedes, because I am entitled, it was decreed’ sings Walker on ‘Power Watch’; our obsession with ‘possession as meaning’ lampooned over an impeccable keyboard reverie.

‘Does This Guy Stack Up?’ closes with the plaintive yet triumphant ‘Moth On The Mend’, perfectly encapsulating the album’s overall character: “I’d like to say to you I did the things I wanted to do…. this is the end of the world again”. This seeps into the music too, with most songs rocking their way through unravelment; sounding spontaneous and unaffected. With ‘Does This Guy Stack Up?’, The Pheromoans deconstruct a very English sense of ennui and in doing so show us its nonsensical building blocks. This album had the working title ‘Let England Shake’ and one can only wonder if a truer impression of modern life in this sceptred isle is one stalked by the nagging inadequacies and vacuousness detailed in ‘Does This Guy Stack Up?’. It’s hard to write about what you know, when what you know is increasingly marginalised but this album proves The Pheromoans are at their best when shooting from the sidelines.