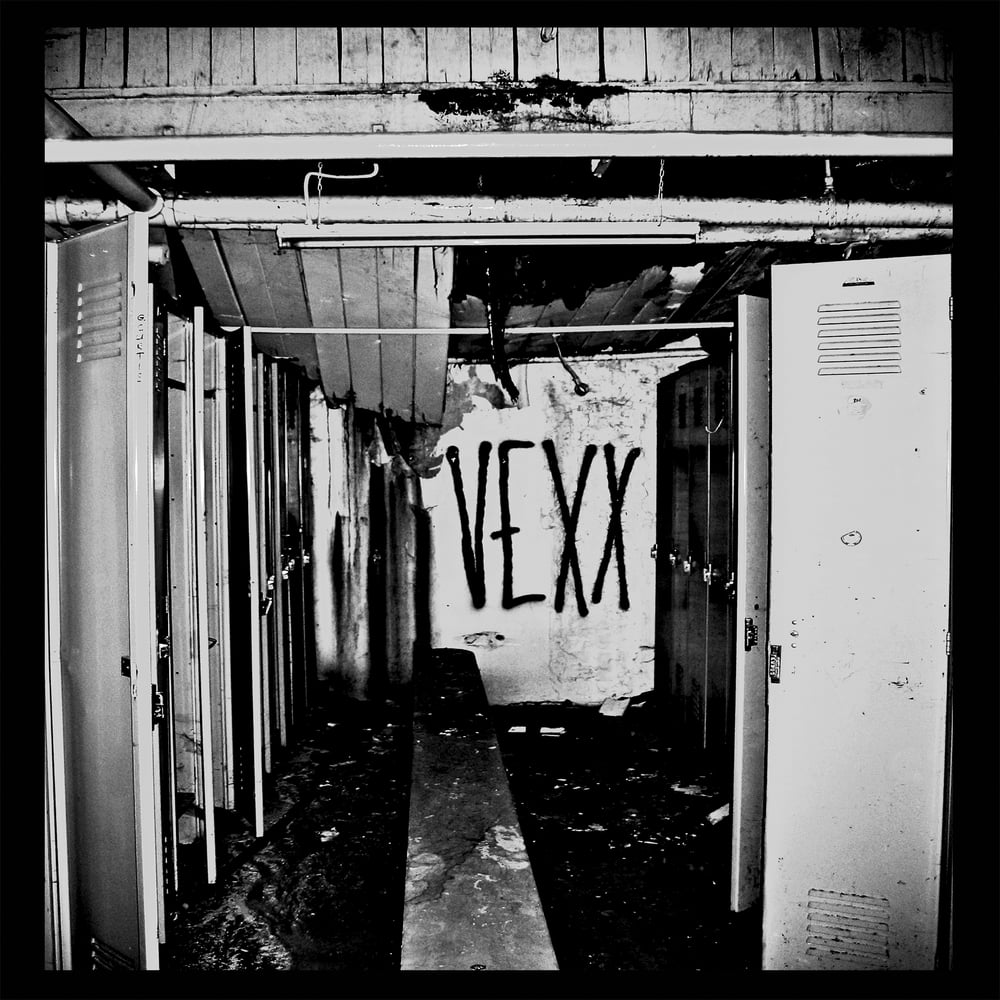 Upset the Rhythm and M’lady’s Records are very pleased to be teaming up for the first time to release the debut record from one of America’s most exciting groups today. VEXX, living in and playing out of Olympia, Washington, have been devastating the Pacific Northwest music hubs for the last year now. Their self-titled mini-album is explosive, vital, and many leagues deeper than it has any right to be in this wicked epoch.

Recorded by esteemed engineer, Dave Harvey (who also recorded both
HYSTERICS 7”s issued on M’lady’s), this record originally came out in a small edition on the Grazer label late last year, which sold out instantly just through word of mouth. The very excellent Jason Ward (of Chicago Mastering Service) has since worked his magic re-mastering the recording, and now it’s even more wild and vibrant than ever.

VEXX hit the ground running like punk hasn’t happened yet! Blazing
through the first three songs on side one with a fury rarely seen in the
modern underground. ‘Clairvoyant’ is equal parts jagged as inventive, twisting out of reach at all the right moments. The song captures the band perfectly, raging headlong with unmatched momentum. VEXX also know how to write a powerful slow burner, as evidenced by ‘Strength’ and the first half of ‘Ocean Shores’. Maryjane’s lyrics and vocals are a clarion call of intent; on fire with possibility, whilst wrestling with the power of everything. She’s such a force of nature as a frontwoman that you’re left stunned as much as amazed. Meanwhile, Mike and Corey’s guitar and drum fireworks have left almost all spectators breathless (note: bass guitar duties on this recording were handled by Aaron, who has since been replaced by the very capable and excellent Ian). Each song is a maelstrom, whipping band and audience alike into a whirlwind. Pushing forward, thinking harder, striking home.

This is also a first for us, in that Upset the Rhythm and M’lady’s will be
co-releasing this mini-album (UTR handling distribution for the UK and Europe, and M’lady’s overseeing things in the USA).