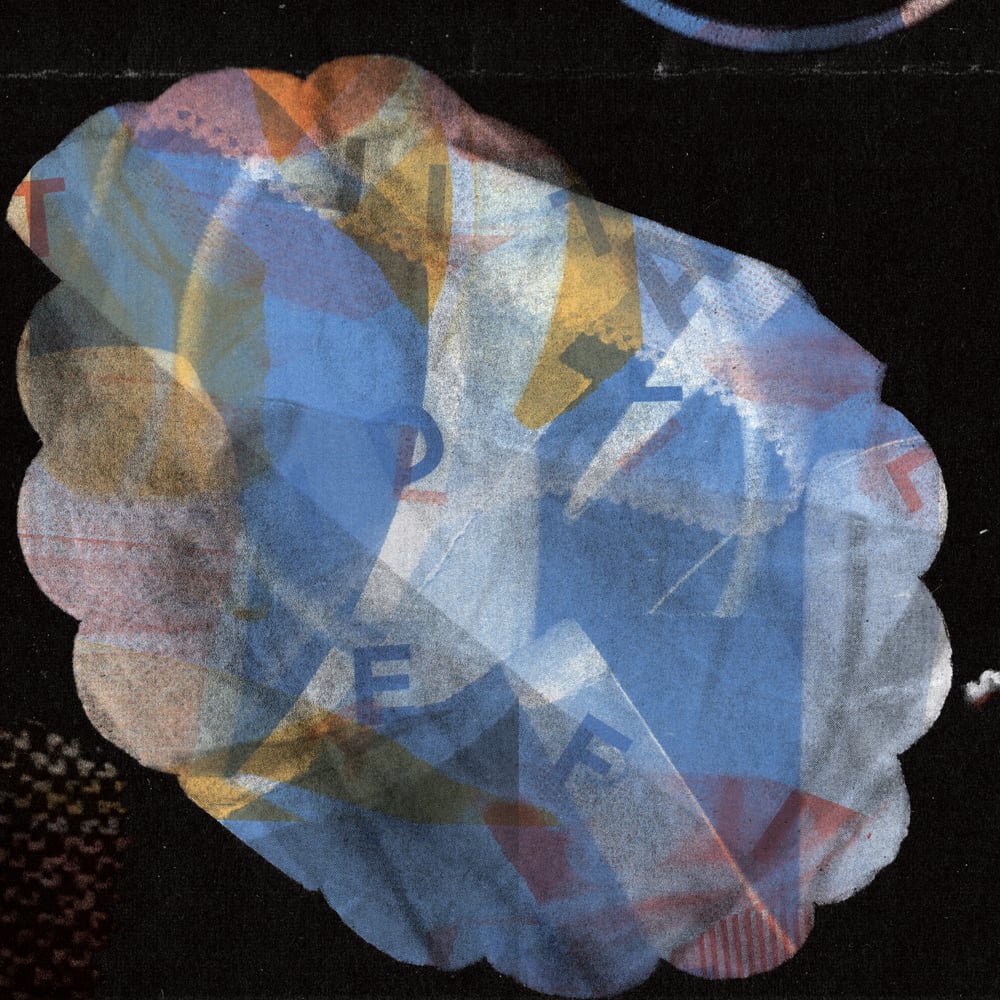 For a conglomerate of art outsiders and aesthetes, Vital Idles are primitive, whimsically brutal. Sculpting a skeleton from a body already lean, there’s a thrilling minimalism that runs through every beat and strum, a sparseness that feeds Jessica Higgins’s surreal, oblique vocal delivery all the nourishment it needs. Playing their first shows in Glasgow in 2015 during a summer that never threatened to show up, Vital Idles’ origins are closely tied with a tireless underground culture, a culture that informs the band’s refusal to take it easy. Matthew Walkerdine, Nick Lynch and Higgins are responsible for Glasgow DIY publishing institution Good Press - an independent volunteer-staffed zine and art book shop - while Guitarist Ruari MacLean’s pedigree stretches back to breakneck-indie-pop group Golden Grrrls and the Rose McDowall band. Following two self-released demos and a sold out debut 7”, Vital Idles arrive on Upset The Rhythm with ‘Left Hand’, a bare manifesto layered with meaning and non-meaning. The group can conceivably be called artists, or Artists, but in approaching their debut album Vital Idles have stripped away all extraneous ornamentation to sculpt an incredibly life-like, vibrant pop music completely détourned and re-thought.

Following practice room and bigger-budget recordings with Glasgow engineer Andy Monaghan, Vital Idles took complete control of their debut album, with Edwin Stevens (aka recording artist Irma Vep) providing an outside perspective on the hermetically sealed group’s music. Engineered by Stevens and MacLean, ‘Left Hand’ crackles with a raw, punk approach to writing warped pop songs that don’t just talk of disorder but often actively demonstrate it. At the heart of ‘Left Hand’, the beating pulse in the tool box, is a conflict never resolved. Higgins manages to create dialogues that she narrates both parts of, Dada-ist songs that seem obfuscated by layers of meaning that, when taken on their own terms as evocative mini-worlds, reveal themselves to be pieces that have an internal melancholy and logic. Like Gertrude Stein growing up on Dunedin pop groups, peel away the deliberate awkwardness and ‘Left Hand’ reveals itself to be a book of complex, literary short stories at pleasing odds with the wired, no-frills melodic thud MacLean, Lynch and Walkerdine serve.

At times a perilous journey into the unknown and at others an immensely enjoyable foray into form deconstruction, lyricist Higgins repeatedly builds narratives out of mis-hearings, peons to doing things wrong, sideways-glances at conventional narrative. The delivery tightrope-walks between deadpan epithets and a Smiths-ian pop singing which gives many of the lyrics bite, pathos, and a surprising amount of surrealistic positivity. With Chains’ Troggs-ist chug stomping, Higgins flips the symbolism of the Chain into something to be tendered, cared for, is it a warped metaphor for the future, is a chain an aspiration? There’s an existential friction at the heart of Cave Raised that sees the narrator attempting escape, perhaps, unsure of themselves, “a poorly appointed project manager who says the best part is bowling around, which is a little like knocking around” that breaks into a melodic reprieve that feels like an unexpectedly romantic pay-off in the middle of “white space,” “Let’s tread the tides of time, to live it down, we’ll stretch these shores of mine to steal away.” Like many of Vital Idles songs, it can be read as a mini treatise on the song itself, or enjoyed as a visceral song that never does what you want it to.

Like fellow Glaswegians Life Without Buildings, Vital Idles make the oblique sound essential. On Like Life, Higgins is at her most precarious with straight-up emotion; MacLean’s melodic bassline seems to duet with the vocal as it seems, for once, to be straightforwardly vulnerable. After telling us “I don’t really care but I could, I should” our narrator begs the listener “Don’t leave me at home with all the people I lost and all the things I forgot. For all the people I lost, I care.” Whether it’s a slip of the artist’s mask of distance or a deliberate trick to fool us into caring, we care. It’s indicative of the tension in Vital Idles: pop songs unwilling to bend to convention, chart hits in the alternative timeline where Messthetics compilations are Now That's What I Call Music, endlessly inventive linguistics that reveal emotional depth, a dry, punk minimalism able to turn on a dime into a mouldy, witty kitchen sink story narrated by Samuel Beckett. It’s a tension that threatens to fall apart into dissonance or resolve into sweetness but thankfully does neither, rather it keeps Vital Idles moving forward, never standing still, never taking it easy.