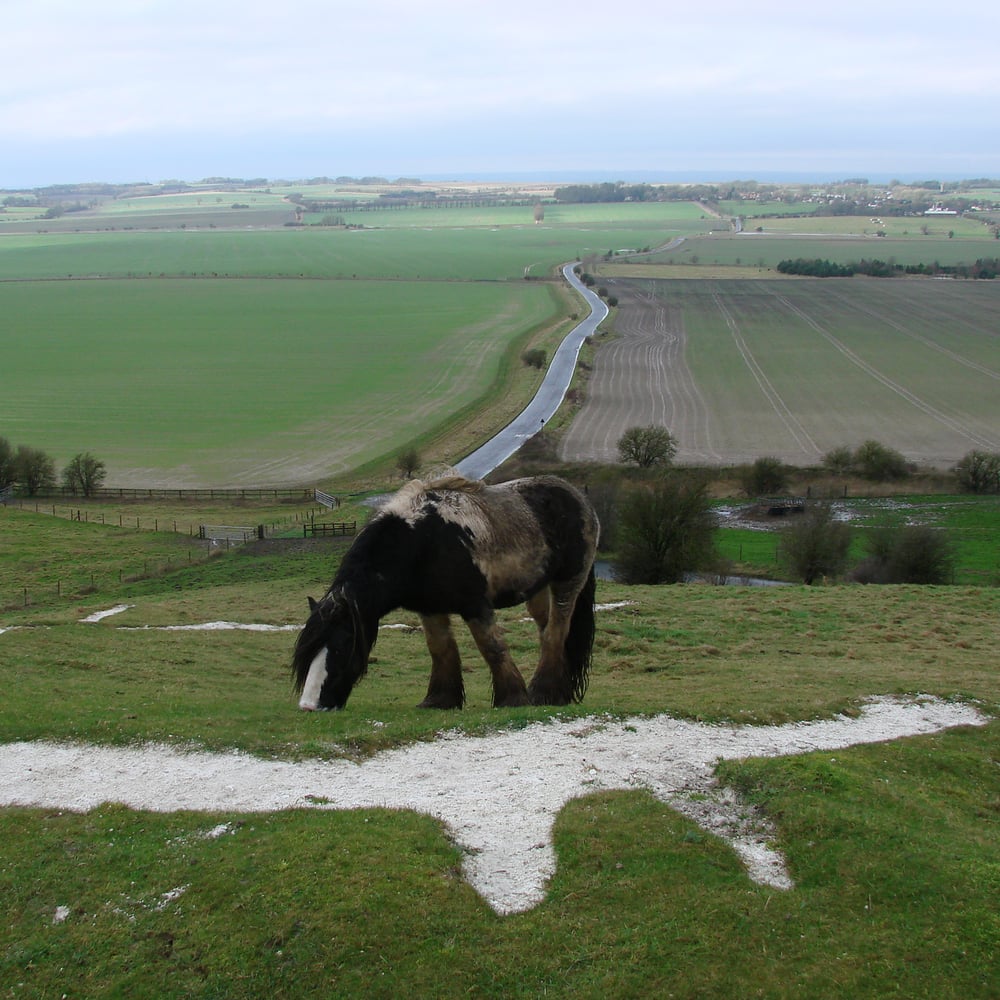 WAY THROUGH - "Clapper Is Still"

WAY THROUGH are Claire Titley and Christopher Tipton, a pastoral punk duo originally from Shropshire, now residing in London. Informed by the field as much as the flyover, Way Through write songs which phase in and out with guitar, tapes, damaged drums and vocals. Using wrong-footed repetition, rapid interplay and free-looping happenstance the band create a ragged yet intuitive tapestry of sound. Way Through’s critically received debut, ‘Arrow Shower’ was released on Upset The Rhythm in 2011, its songs walked the streets of market towns and focussed on how personal experience affects our perception of a shared landscape, haunted by inward territories. They then followed up their album with a deep map of East London’s Bethnal Green, captured in text, photographs and music, which WIRE described in an interview with the band as “a guided walk through the mythologised outposts of ordinariness… a project rich in topographical lore”. The Quietus added that Way Through “document and create another version of place that somehow seeps into the space between reality and urban fantasy”.

Last year saw an immersive cassette album, entitled ‘Enclosure’ released by Comfortable On A Tightrope. After which Way Through were invited by Resonance FM to work on a processional piece of music that saw them navigating Tate Britain channelling songs. Throughout this time the band became increasingly interested in submerging their work fully in the places they found potent. Spending most of the year conducting field research, travelling about the country, taking field recordings, they gathered their thoughts, notes and songs straight from their source. This has resulted in their new album ‘Clapper Is Still’, an itinerant album of thirteen songs located in the particular places each was written.

‘Clapper Is Still’ is a bold record, concerned with the vast array of elegiac components Way Through have discovered locked within the English landscape. It peers into the overlapping histories that persist in these places and tries to reconcile how they are experienced together. “I retread the circle in this heavy field, sometimes it's hard, to tell it, from what's real”, so begins the album, with ‘Dedham Vale’, a track fascinated by the artificially managed aspect of the Stour Valley, made famous by Constable’s paintings and as a result frozen in time via tourism. The song adopts the rhyme scheme and tenure of traditional folk song to further underline the troubled notions of authenticity in connection with heritage.

‘Stoke Poges’ is a fizzing pool of pitched keyboards, and faltering samples, trapping a vocal focussed on the nature’s ability to quietly regenerate alongside the evolving stories of this famed parish. ‘Imber & Tyneham’ compares and contrasts two villages taken over and claimed by the MOD during WWII, one still actively used by the military for combat training on the Salisbury Plain, the other fast becoming a preserved time capsule in rural Dorset trapped throughout most of the year in a live firing zone. The song is a heady rush of staccato guitar and snare rattle, full of “unexploded debris”, “corrugated rooftops” and “halted firing” as Tipton calls out.

‘Westonzoyland’ and ‘Eyam’ both see Titley pick up the vocal narrative. The former song detailing a journey across a Civil War battlefield, the latter a walk around the Derbyshire plague village of Eyam. ‘Westonzoyland’ reels across time, imagining the battle raging amongst the “70’s bungalows, chain-link fencing and pedestrian chicanes”. A wash of violin skips across the track whilst Titley seeks parallels between a felt-tip memorial poster for a local teenager to the stone ediface commemorating the dead in the nearby fallow field. ‘Eyam’ spins through cycles of swelling ambience and reverbed recordings, allowing Titley’s vocal to take a morbid journey past the doomed cottages of self-sacrifice. “Heritage stasis remains” she insists as a field recording of a stooping display hawk envelops her. As well as their frequent use of field recordings to embellish their songs, Way Through also rely on found text to hang their songs on, like with the broken gravestones of Yorkshire’s deserted ‘Wharram Percy’ or the graffiti scrawled across the vandalised info-board on ‘Whiteleaf Hill’, a place where bike tyre tracks leap across barrows, and where a colossal hillside chalk cross draws you towards the steep abandonment of meaning.

‘Sipson’ makes for a modern day comparison point, threatened with Heathrow’s impending third runway, becoming a virtual ghost town of “bursting ragweed” and “daubed black letters on makeshift banners” betraying “a sad suburban echo”. ‘Roughting Linn’ is decidedly motoric for Way Through, the guitar clings to its repeated chord for dear life whilst the drums tumble relentlessly onwards, eventually the song mimics its subject, getting stuck in a galloping groove which dissolves slowly into the distance. Roughting Linn is an outcrop of rock in Northumberland that’s carved all over in prehistoric patterns, mysterious and very much unknowable, off the map and withdrawn. “Paths leading everywhere in hope of finding, No more signs, no more markings“ sings Tipton anticipating the compass of the record itself.

‘Clapper Is Still’ is an album that traces the melancholic margins of our landscape. It attempts to document the remains of something leaving, the fog in the air, the flash ahead thunder, the shadows striping the late afternoon. Way Through seek out places and songs with repeating customs, paths to memory, joining the dots between fading locations and their deteriorating histories. “Can this land remember? Listen to the voice, that’s no longer here” they command towards the end of the record. ‘Clapper Is Still’ follows an outline of a memory, following a sketched skeleton to where something happened, where something once marked the land and left something indelible.